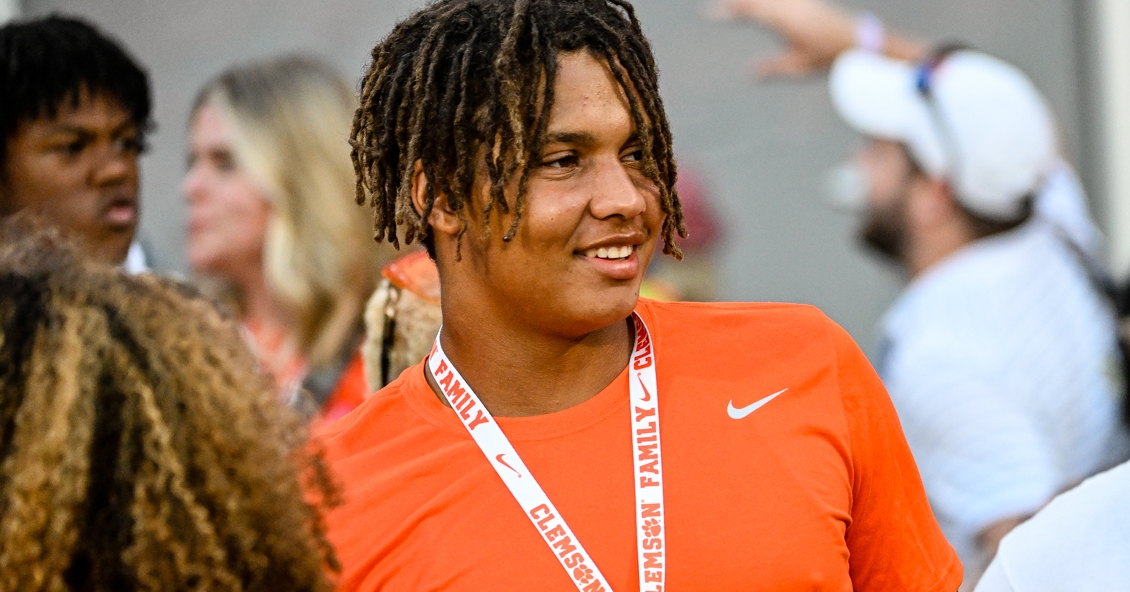 One of the top linebackers in the state of Florida was on hand for the Tigers’ home game last weekend, and now he’s waiting on that coveted offer.

Class of 2024 linebacker Zavier Hamilton (6-1 200) of Navarre (FL) was one of the recruits to visit Clemson last Saturday night for the Louisiana Tech game. It was his first game in Death Valley but his third trip to Clemson. Twice before he attended a Dabo Swinney summer camp. Clemson linebackers coach and defensive coordinator Wes Goodwin is in regular contact now and likes Hamilton but has not yet offered.

Hamilton said the visit last weekend gave him a chance to talk more with Goodwin and learn what a game at Clemson was all about.

“I’ve just been building a really great relationship with Coach Goodwin,” he said. “It was a crazy atmosphere and I absolutely loved it up there. They are one of my favorite schools right now. I talk to them the most probably. Me and Coach Goodwin text pretty much every day. They are fantastic up there. The atmosphere at the game, even though they were playing La Tech, it’s not like it was a rivalry game, the entire stadium was still packed out and the energy was electric. It was fantastic, I had so much fun.”

With all this excitement about Clemson, would Hamilton be quick to jump on an offer from Clemson?

“I couldn’t answer that right now. I don’t know,” Hamilton said. “It would sway my decision a lot to say the least.”

Hamilton was born in Columbia and moved away when he was three. He has an offer from South Carolina and has had contact with linebackers coach and defensive coordinator Clayton White.

“I haven’t been there since June. I do want to go up on a game day because one of my 7-on-7 teammates, Vicari Swain, committed there. So, I think I’m going to go up with him sometime,” Hamilton said. “I talk to Coach White a little. I mean, I haven’t really talked to him much since September 1st. I think he texted me a couple of times saying that he was hyped to finally be able to talk to me. They are definitely still in my decision, but I really haven’t talked to them much. I’m sure things will change soon.”

Hamilton said other schools showing strong interest right now include Virginia Tech, Michigan State, Kentucky, Mississippi State, Arkansas, and Notre Dame. He went to Florida for the Utah game and plans to return to Clemson for the USC game. Other than that, he has nothing else scheduled. Earlier in the year he made visits to Notre Dame, Florida State, Tennessee, and Kentucky.

Hamilton plays all over the field, linebacker, safety, slot, wideout, and running back. In four games this season, he has recorded 17 tackles, caused a fumble and blocked a field goal. He also has rushed for 71 yards and two touchdowns.