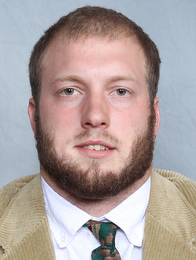 Running Back
B I O
Prior to Clemson: A football and baseball player in high school who signed to go to Army to play both sports out of high school in February 2010...then was drafted in eighth round by the Atlanta Braves in the June 2010 MLB Draft and decided to give professional baseball a try...as a junior in high school had 1,031 yards rushing in just 154 carries, 6.7 yards a rush...scored eight touchdowns rushing including a 90-yard run...averaged 114.6 yards per game that year...also caught seven passes for 92 yards and a score out of the backfield and had 3-95 on punt returns...suffered a torn ACL and missed the 2009 football season...came back to pitch and play in the outfield for St. Christopher's in spring of 2010 and helped team to a 23-4 record...Second-team All-Region in 2010 as a baseball player...was eighth round pick, the 254th selection overall by Atlanta in June of 2010...his brother, Kenny, was a 30th round pick by the Braves that year...Kurt played 148 career games of professional baseball with the Braves and Mariners organizations...played from 2010 to 2012...played in Danville, VA and Rome, Georgia during the professional baseball career...made his professional baseball debut on June 21, 2010 and played in his last game on August 22, 2012...now goes back to football as a preferred walk-on in the Clemson program as his professional baseball contract pays for his education...born August 30, 1991, so he will celebrate his 23rd birthday when the Tigers play Georgia in Athens to open the season.

I love the new scoreboard, but…