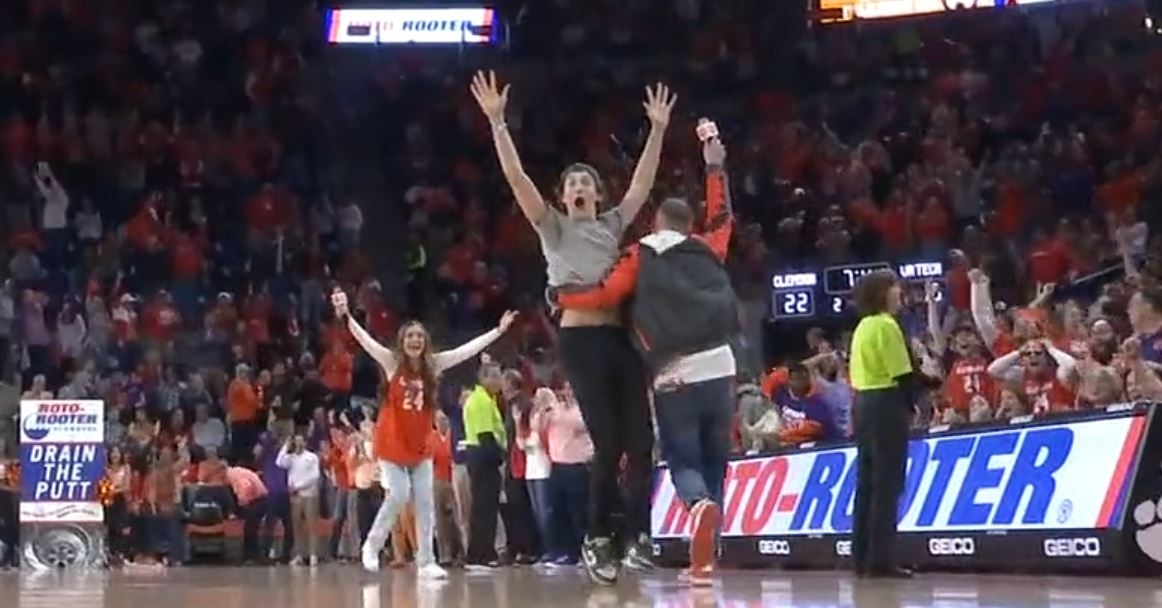 Freshman student Kevin Murphy did the unthinkable as he nailed a full-court putt to win $10,000 during Saturday's Clemson vs. Virginia Tech basketball game.

"I was shaking when I was going back, and I hit it," Murphy told Fox Carolina's Beth Hoole. "It was veering a little left to right, but I was like that might go in."

Congrats to Murphy from TigerNet, as it was certainly was a clutch putt for everyone to enjoy watching tonight.

FYI: You might want to start playing golf as you appear to be a natural.

Check out the fun video below:

Kevin Murphy is a freshman at Clemson. He told me he's never golfed a day in his life. Today he sunk a putt on a basketball court & won $10,000 in the Roto-Rooter 'Drain the Putt' contest. pic.twitter.com/mU2VgyPPcn