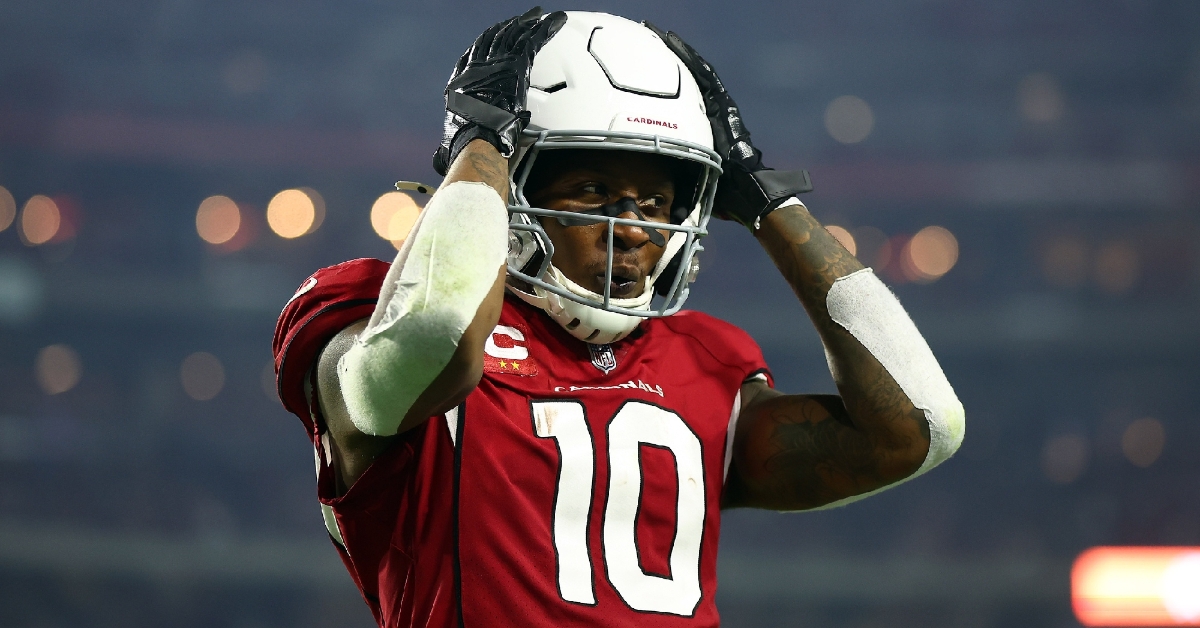 A member of 'WRU' might be on the move soon.

According to multiple reports, the Arizona Cardinals are looking to move former Clemson standout receiver DeAndre Hopkins this offseason.

The three-time All-Pro will have to approve a trade, as he reportedly has a no-trade clause in his contract.

Hopkins has over $34 million left on his current contract that runs two years but reported that Hopkins will likely seek a new deal. He caught 64 passes for 717 yards with three scores over nine games this season.

Vegas will let you bet on almost anything, and the new odds for Hopkins' next NFL stop has been released.