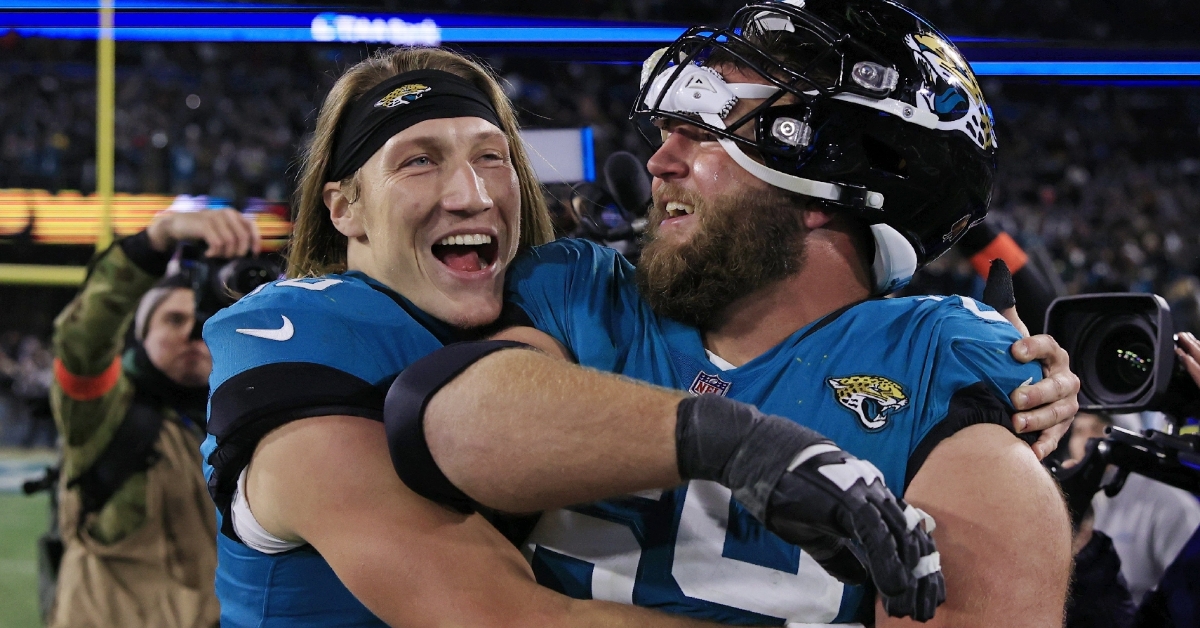 Nobody really would have blamed the folks who changed the channel or found another activity after seeing the Jacksonville Jaguars go down 27-0 to the Los Angeles Chargers in the first half Saturday night.

By now, those people have been well-informed by friends, relatives or their favorite apps of what happened in a rally that saw a short field goal clinch a 31-30 Jags win in the late Saturday hours.

Trevor Lawrence threw his first, first-quarter interception of the season and racked up three of them in all within the period, and the former No. 1 overall pick added a fourth before the end of the half.

But a seven-play, 47-yard touchdown drive -- capped by Lawrence's 9-yard pass to Evan Engram -- provided some hope into the break and preceded a dominant second half that saw Jacksonville out-score the Chargers 24-3.

"It's really cool to see what can happen when everybody believes," Lawrence said postgame. "I wouldn't have been able to do what I did today if we didn't believe in one another. I threw four picks in the first half, and those guys beside me on offense and the guys on the other side of the ball didn't ever lose faith in me, and that's one thing that makes it easier, when you know you've got guys that believe in you, no matter what the circumstances are."

Lawrence ended up evening up his TDs to INTs with three second-half scores and connected on 28-of-47 passes for 288 yards.

Jaguars coach Doug Pederson called it a great performance from his QB in what he said was one of the greatest wins of the Super Bowl winner's career.

"I played with one of the greatest quarterbacks ever in [Hall of Famer] Brett Favre and there were times he didn't have a great first half and came back in the second half and could light it up," Pederson said postgame. "That's what I love about Trevor – his demeanor and his aggressiveness and the ability to just forget and move on. He'll be the first one to tell you that it's not about him, it's the guys around him, too. [They] made plays, the protection was good, and receivers were doing a nice job being where they needed to be. But from an individual standpoint, this is really a great performance by our quarterback."

Lawrence's attitude stands out as well.

"He never flinches," Pederson said postgame. "You saw the emotion on the sneak, on the goal line. You saw the emotion and that's who he is. I just love the fact that he's leading our football team, but it's a step in the direction that we want this organization to go, we want him to go, our team to go. We've just got to continue to build on that...I'll just keep saying it, it's a step in the right direction for him and for our team and for our franchise. We love having Trevor as our quarterback."

Fellow Clemson pro Travis Etienne was a factor in what set up the game-winner, taking a fourth-down carry around the edge well into field goal range as the final seconds ticked off the clock. He finished with 20 carries for 109 yards and added a catch for another 12.

It was the third-largest comeback in NFL postseason history, behind a 32-point rebound from the 1992 Buffalo Bills against the Houston Oilers and a 28-pointer for the 2013 Indianapolis Colts against the Kansas City Chiefs.

The Jaguars await their playoff destination for next weekend, which could be Kansas City if the higher seeds hold in Sunday's action.

“You couldn’t write a crazier script.”