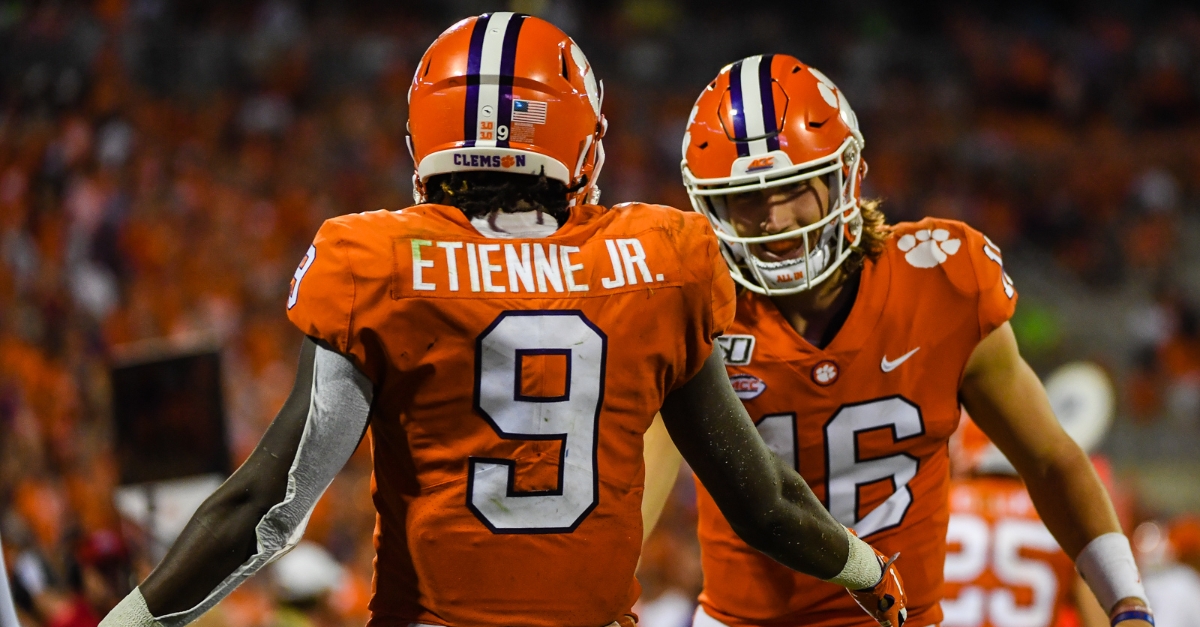 The Jacksonville Jaguars are hopeful for a big season offensively with the return of explosive running back Travis Etienne from a season-long Lisfranc injury.

His former teammate at Clemson, Trevor Lawrence, is excited for 'ETN' to show what led the organization to draft Etienne in the first round with the No. 25 overall pick.

Lawrence told the media that Etienne is doing a great job early in training camp.

"But right now, his body looks great, and I think he's running real well, picking up the offense, done a great job in the protections," Lawrence said. "All those things that we're asking him to do, he's done a great job."

Etienne had an explosive long run on Saturday during a scrimmage so it appears that Etienne is back to his old self like he was at Clemson.