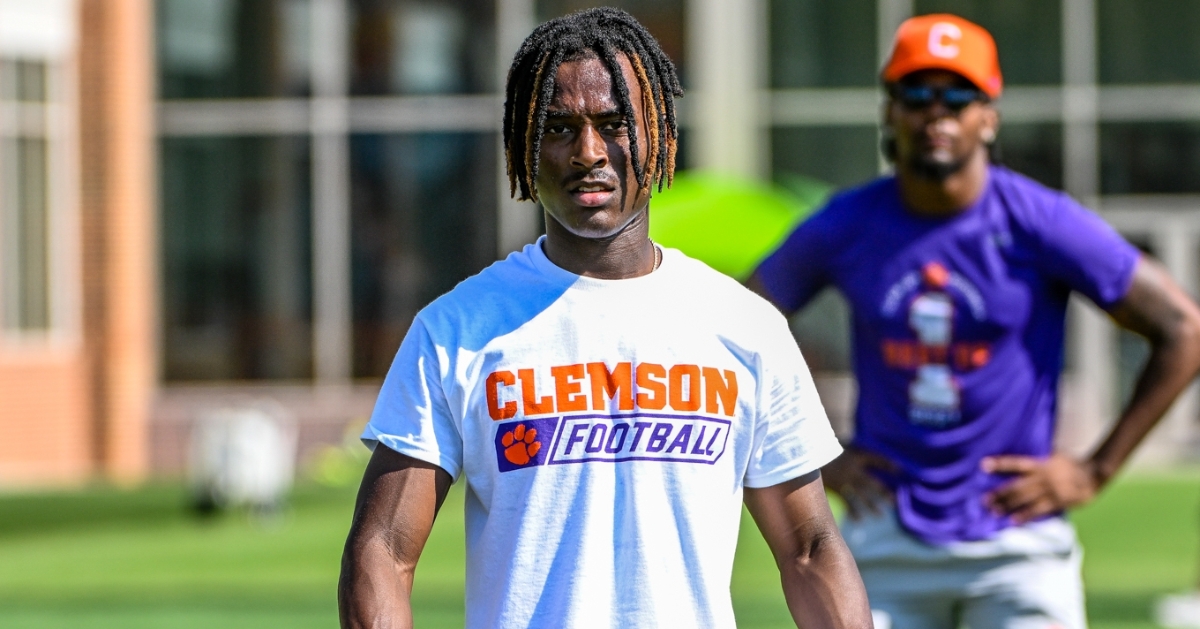 One of the top cornerbacks in the nation has Clemson in his top group.

2024 Philadelphia corner Omillio Agard included the Tigers in his top tier on Monday.

Out of 30 reported offers, he has Clemson in a top-10 group with Alabama, Michigan, Georgia, Penn State, Texas A&M, Miami, Notre Dame, Tennessee and South Carolina.

Agard picked up a Clemson offer after a Dabo Swinney camp stop in early June.

He is rated as high as No. 65 prospect overall and the No. 6 cornerback (Rivals.com).

Can’t believe I made it this far, my own life I’ve been working so hard!#top10 #whowillitbe pic.twitter.com/pcC8kqoB80

After a great camp and great conversation with @CUCoachReed I am beyond blessed to say I have earned an Offer from the University of Clemson! I’ve built a great relationship with Coach Reed over the last year, Thank you! #Allin🐅 @SJPrep_Football @T_Roken pic.twitter.com/1LDstZ2lqG