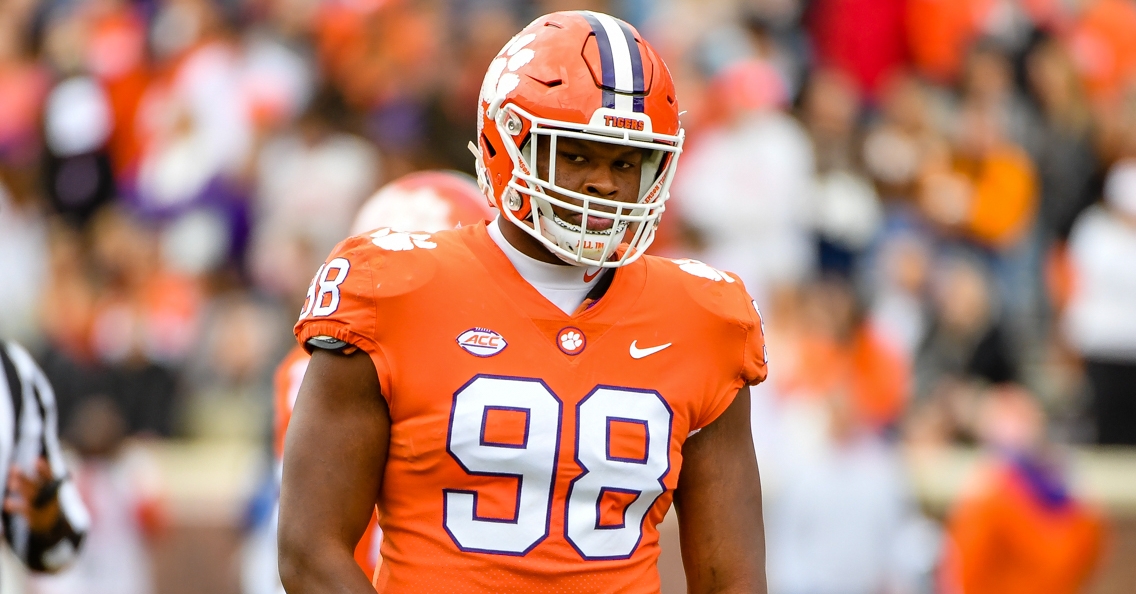 Myles Murphy (pictured), Trenton Simpson, Bryan Bresee and Jordan McFadden are being watched for the trophy this season.

The Rotary Club of Houston announced today that defensive tackle Bryan Bresee, offensive tackle Jordan McFadden, defensive end Myles Murphy and linebacker Trenton Simpson have all been named among 77 players on the 2022 watch list for the Rotary Lombardi Award, presented annually to the nation’s top lineman or linebacker.

This year’s watch list is filled with talent from a multitude of schools and conferences, which should make for an exciting voting process. To be considered for the Rotary Lombardi Award®, players must be a NCAA FBS College Football team member and meet the following qualifications:

Be a down Lineman, end to end, either on offense or defense, setting up no further than ten (10) yards to the left or right of the ball at the time of the snap.

Be a Linebacker on defense, setting up no further than five (5) yards deep from the line of scrimmage.

Must not come out of the offensive backfield and set up on the line of scrimmage as a Blocker or a Receiver or listed in the program as an Offensive Back or Receiver.

Be eligible to participate in the current season.

A mid-season watch list will be released on Oct 15 to reflect any updates to the current list.

The 2022 Rotary Lombardi Award® watchlist is compiled by a subcommittee of the Rotary Lombardi Award® committee and included SID submissions. Players were selected based on their past performance and expectations for the upcoming 2022 college football season. To be considered for the watchlist, players must also have started at least one game at an NCAA Division 1 college or university.

All ten Division-I FBS conferences will be represented in the 77-player watch list. With 11 players each, the SEC and the Big Ten conferences look to have strong seasons with dominant play. Seven players hold spots on this watch list from the 2021 College Football Playoff teams alone; Alabama, Cincinnati, Georgia, and Michigan.

Clemson and Notre Dame both have four players on our watch list. Clemson is represented by Jordan McFadden (OT), Trenton Simpson (LB), Myles Murphy (DE), and Bryan Bresee (DT); the latter two were both top 5 recruits in the country and Freshman All-Americans. Many are anticipating Bresee to come back stronger after only playing in 4 games in 2021 due to injury; he was awarded ACC Defensive Rookie of the Year in 2020.