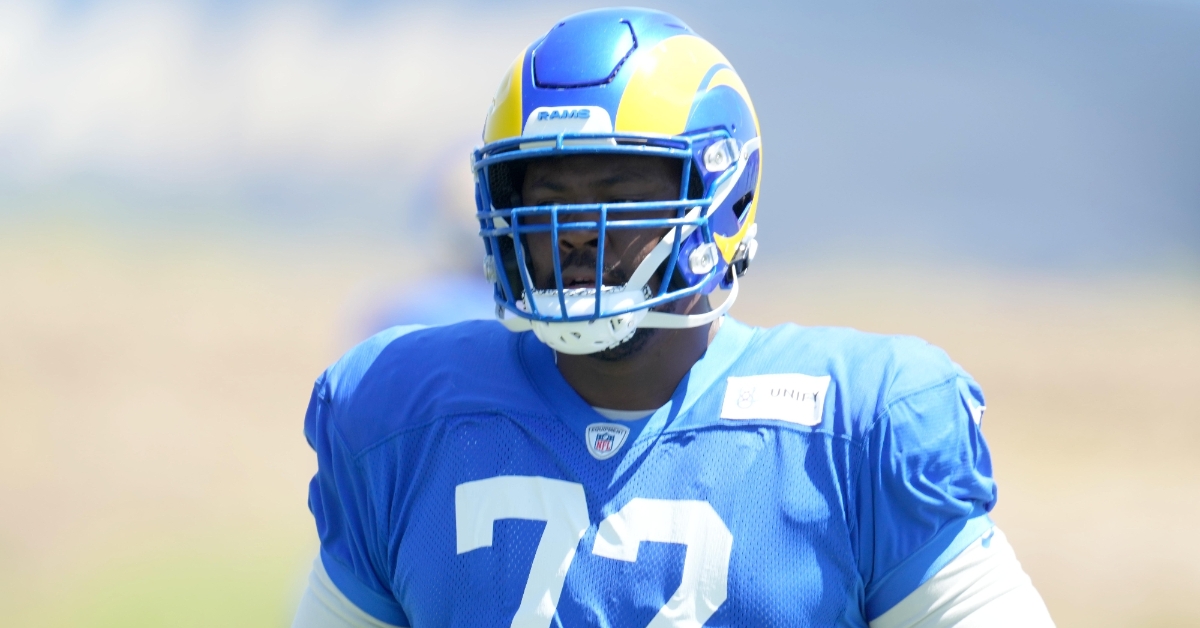 Rams offensive lineman Tremayne Anchrum made his first career start at right guard on Sunday but suffered a serious injury as he was carted off the field with a fractured fibula.

According to reports, including NFL Network's Ian Rapoport, Anchrum will have surgery and be moved to the injured reserve list.

Anchrum was seen in the locker room with a hard walking boot.

He was a former seventh-round pick for the Rams.

The next man up for the Rams will likely be offensive lineman Alaric Jackson who could move into a starting spot on the line.