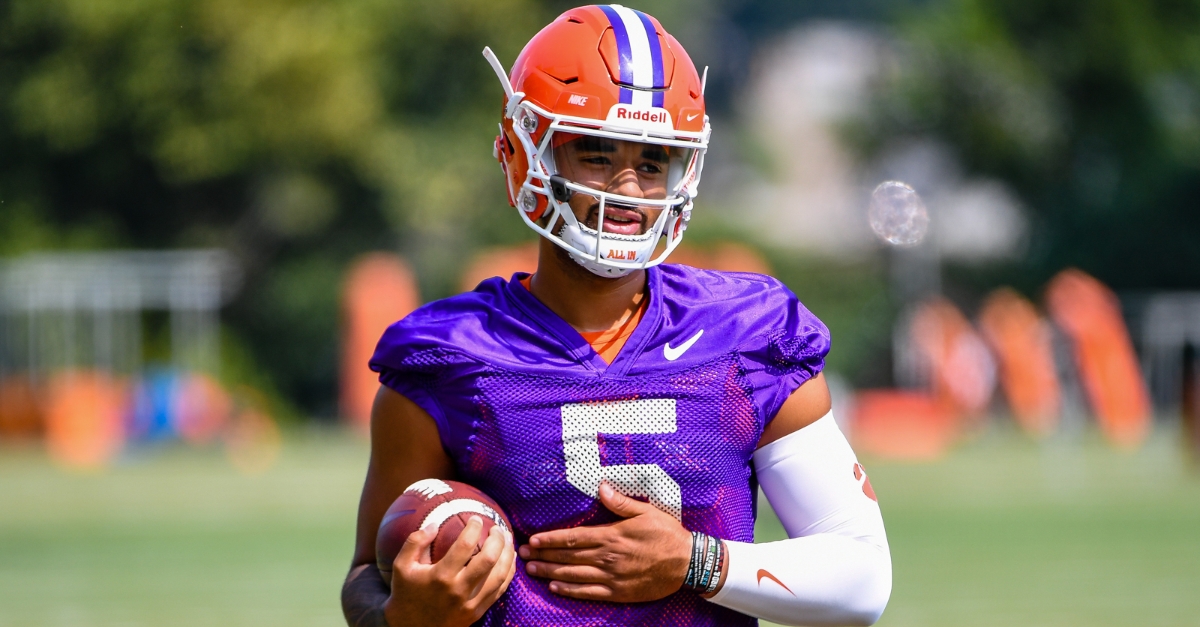 CLEMSON, S.C. — The Atlantic Coast Conference announced its annual All-ACC Academic Team on Tuesday, with Clemson setting a program record for a third straight year by placing 12 members of its 2021 squad on the annual list. 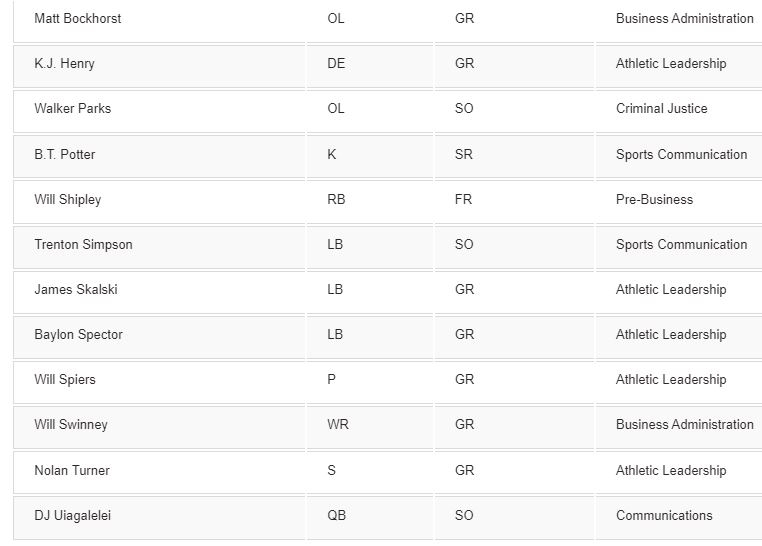 In 2019, Clemson tied its program record of eight set previously in 2017. Last year, Clemson's 2020 squad broke the mark with nine selections. With the addition of this year's dozen, Clemson has now had at least seven selections in each of the past five seasons and has produced at least three All-ACC Academic selections in 15 consecutive seasons.

Eight of the 12 honorees — Matt Bockhorst, K.J. Henry, B.T. Potter, James Skalski, Baylon Spector, Will Spiers, Will Swinney and Nolan Turner — are Clemson graduates, while the other four just completed their first or second seasons in the program. Of the group of graduates, Henry, Skalski, Spector, Spiers and Turner all earned master's degrees from Clemson this past December, while Bockhorst and Swinney are both on track to earn MBAs from Clemson later this year.

Bockhorst, Potter, Spector and Swinney each earned repeat nods from 2020 for their second career selections, while Henry, Parks, Shipley, Simpson, Turner and Uiagalelei all made their All-ACC Academic Team debuts.

The selections were part of another impressive year for the program academically, as Clemson produced a team-record 84 different players with a GPA of 3.0 or better. Prior the NCAA suspending APR reporting for two years in 2020, Clemson was one of only three FBS programs to rank in the top 10 percent of NCAA APR rankings in at least nine of the previous 10 seasons, joining Duke and Northwestern. In the two academic years since, Clemson has compiled multi-year APR scores of 1000 (a perfect score) and 999.