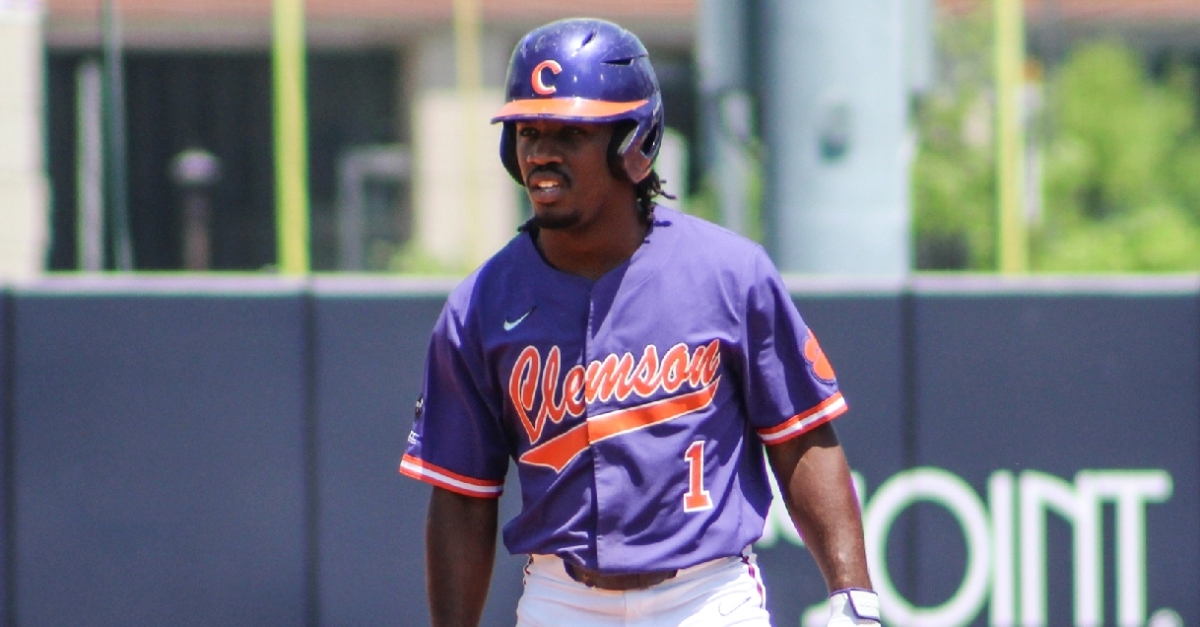 Kier Meredith led Clemson's bats with three RBIs as the Tigers jumped out to a 6-0 lead (Clemson athletics photo).

ATLANTA – Andrew Jenkins’ two-run homer in the seventh inning broke a 7-7 tie in Georgia Tech’s 9-8 victory over Clemson at Russ Chandler Stadium on Sunday afternoon. The Yellow Jackets, who swept the series 3-0, improved to 24-18 overall and 18-12 in the ACC. The Tigers dropped to 22-21 overall and 15-15 in ACC play.

The Tigers scored five runs in the second inning, started by Bryce Teodosio’s bases-loaded walk. Two batters later, Kier Meredith belted a three-run triple, then Caden Grice lined a two-out double to score Meredith. Dylan Brewer lofted a sacrifice fly in the third inning to give Clemson a 6-0 lead, then the Yellow Jackets responded with seven runs in the fourth inning after the first eight batters reached base. John Anderson’s two-run homer highlighted the uprising.

Sam Hall hit a solo homer, his third of the year, in the sixth inning to tie the score 7-7, then Jenkins belted a two-run homer in the seventh inning to give Georgia Tech the lead. Brewer led off the eighth inning with his eighth homer of the season to cut the Yellow Jacket lead in half.

Sam Crawford (3-4) earned the win, while Chance Huff pitched the ninth inning to record his second save of the year. Nick Clayton (6-2) suffered the loss.