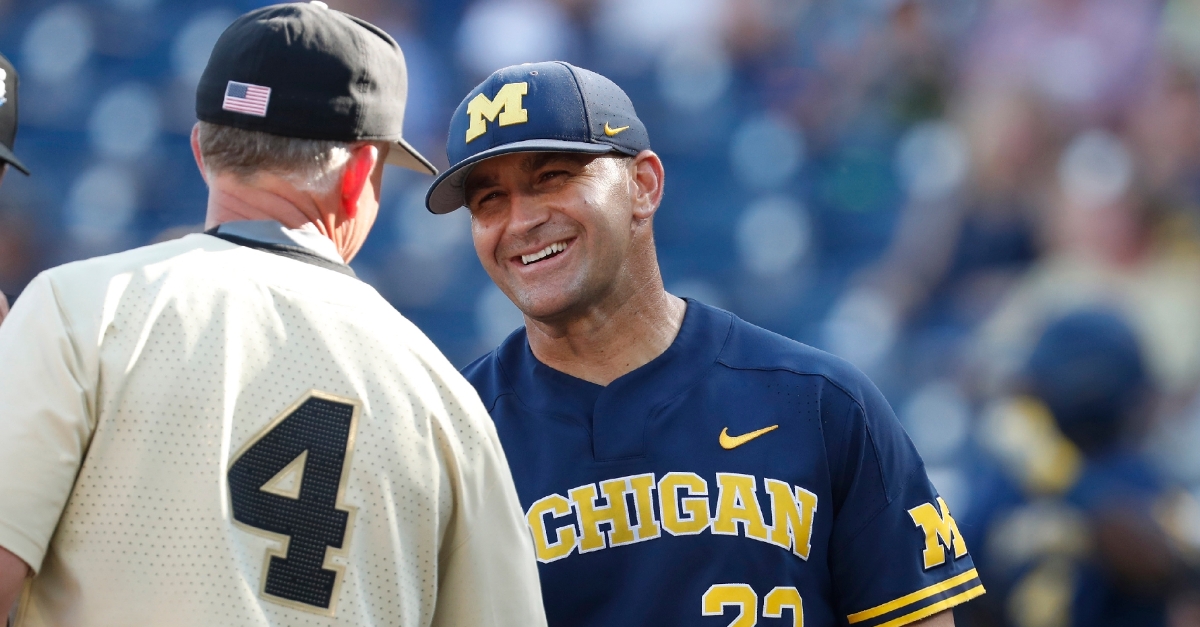 It appears Graham Neff has found his man to lead the Clemson baseball program.

The first-year Tigers athletic director will announce Erik Bakich as the new Clemson head baseball coach, according to multiple reports. Michigan's Rivals site reported that Bakich is being lured away from Michigan with a salary of $1 million-plus per year, which would be more than double that of his predecessor.

Bakich coached one season under Hall of Fame Tigers coach Jack Leggett and then was an assistant under longtime Leggett assistant Tim Corbin at Vanderbilt.

Most recently, Bakich led Michigan to a Big Ten Tournament title before losing two in the Louisville NCAA Regional final to the Cardinals.

He was named the consensus national coach of the year in 2019 after guiding the Wolverines to the College World Series, where they ultimately fell to Corbin and the Commodores in the final series.

After being hired ahead of the 2016 season, previous coach Monte Lee was let go by Clemson after going 242-136 (.640 winning percentage) with three regional hosts and four total NCAA Tournament appearances in that span. The Tigers missed the NCAA Tournament in back-to-back full seasons for the first time since 1986 and the first time ever in the 64-team era of the competition (1999-on). Lee had a $500,000 annual salary.

Baseball America lauded Bakich's recruiting ability in their report on the hire to come: 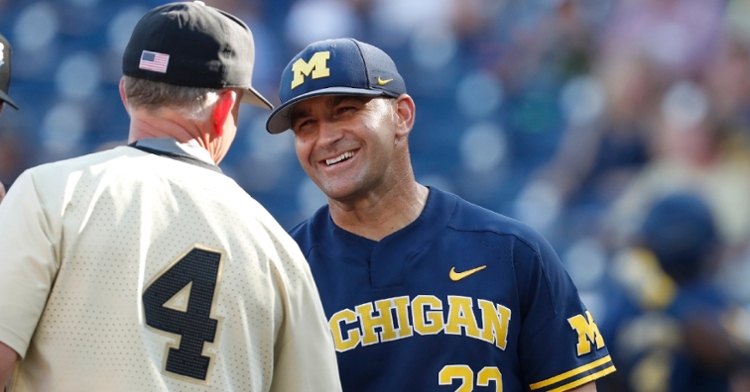 Recruiting is something Bakich has been adept at throughout his career. In 2017 at Michigan, he brought in the 10th ranked class in the country, the first time a Big Ten school had landed a top-10 class in the history of Baseball America’s recruiting rankings, which date to 2000. That class helped lead the Wolverines to Omaha two years later. As the recruiting coordinator at Vanderbilt, he landed the No. 1 class in 2005, the Commodores’ first top-ranked class.

Through 2021 at Michigan, Bakich had 38 players selected in the Major League Baseball Draft, along with 41 All-America selections, 57 Big Ten Conference team selections, one Big Ten Player of the Year, and 62 Academic All-Big Ten selections.

He served as the recruiting coordinator and hitting coach with Vanderbilt as an assistant from 2003-09 after a year as a volunteer assistant with Clemson in 2002.

Bakich was a standout player for East Carolina in 1999 and 2000. While there, the Pirates won back-to-back Colonial Athletic Association (CAA) championships and earned number-one seeds at NCAA Regionals both years. Bakich was named to the All-Baton Rouge Regional team as a third baseman after earning unanimous all-tournament honors at the Bell South Hurricane Classic in Miami, Fla., earlier in the 1999 season.

He finished his playing career at ECU with a .315 batting average, 14 home runs and 85 RBI. Bakich graduated from East Carolina in 2000 with a degree in exercise and sports science. Upon graduation, Bakich played professionally in the Independent Professional Baseball League until 2001. At the conclusion of his playing career, Bakich returned to East Carolina, where he served as an assistant strength and conditioning coach for one year.

ASSISTANT SCOOP: @ClemsonBaseball head coach Erik Bakich will be taking @umichbaseball assistant Nick Schnabel with him to #Clemson. Schnabel spent the last nine seasons as the associate head coach and recruiting coordinator for the #Wolverines. https://t.co/iXDPdKS6pm