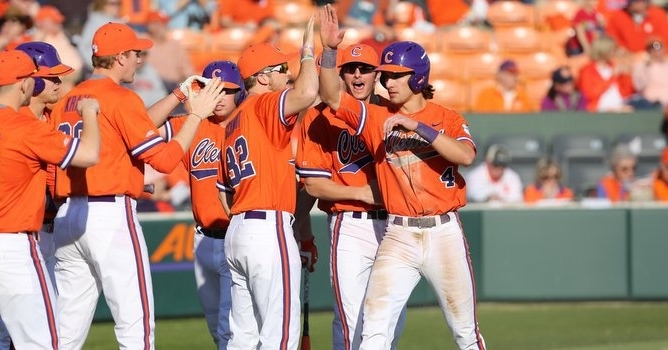 CLEMSON, S.C. – Former Tiger infielder Eli White (Easley, S.C.) made his major league debut with the Texas Rangers in a start in left field at the Houston Astros on Tuesday night.

During Clemson’s 2016 ACC championship season, White hit .272 with four homers, 30 RBIs and 24 steals. After the season, he was drafted in the 11th round (No. 322 overall) by the Athletics. He was also drafted in the 37th round in 2015 after his Third-Team All-ACC season as a sophomore, but elected to return for his junior season.

With White’s appearance in the majors on Tuesday, every Tiger team from 1974 to 2017 had at least one future major leaguer on its roster.