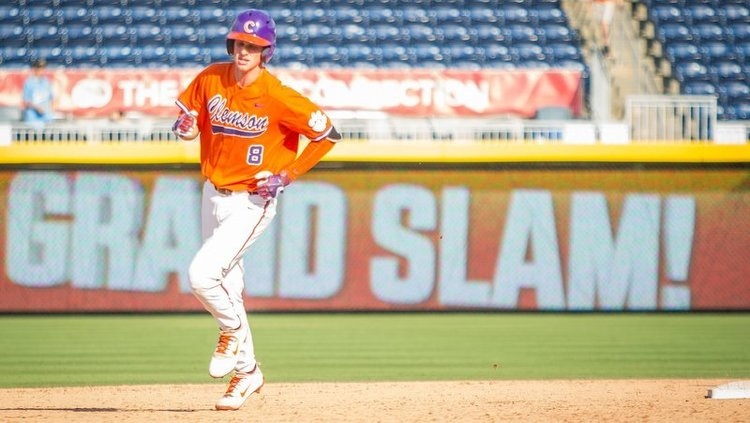 CLEMSON, S.C. - Clemson junior shortstop Logan Davidson (Charlotte, N.C.) was one of 55 players named to the Golden Spikes Award preseason watch list on Thursday. The award is presented each year by USA Baseball to the national player-of-the-year. The two-time All-ACC Academic selection has 27 doubles, 27 homers, 87 RBIs, 116 runs and 20 steals in his first two seasons as a Tiger.

As a sophomore in 2018, he was named a third-team All-American by Baseball America and Second-Team All-ACC selection. He hit .292 with 60 runs, 18 doubles, 15 homers, 46 RBIs, a .408 on-base percentage and 10 steals in 63 games, as he led the team in hits (73), doubles and steals. He also committed only eight errors as the everyday shortstop, good for a stellar .971 fielding percentage, the second-highest figure by a Tiger shortstop in history.

In 2017, Davidson was a first-team freshman All-American by D1Baseball and Perfect Game who hit .286 with 12 homers and 41 RBIs. He became the first Tiger shortstop to hit double-digit home runs in a season since 2007 (Taylor Harbin).

Amateur baseball fans will be able to vote for their favorite players at GoldenSpikesAward.com again in 2019, starting on May 15 with the naming of the Golden Spikes Award semifinalists. The list of semifinalists will also be sent to a voting body consisting of baseball media members, select professional baseball personnel, current USA Baseball staff and 40 previous winners of the award, representing a group of more than 200 voters.

The Tigers begin the 2019 season on Feb. 15 at 4 p.m., against South Alabama at Doug Kingsmore Stadium.

Cameron Coursey, IF, So., Georgia Gwinnett, Association of Independent Institutions