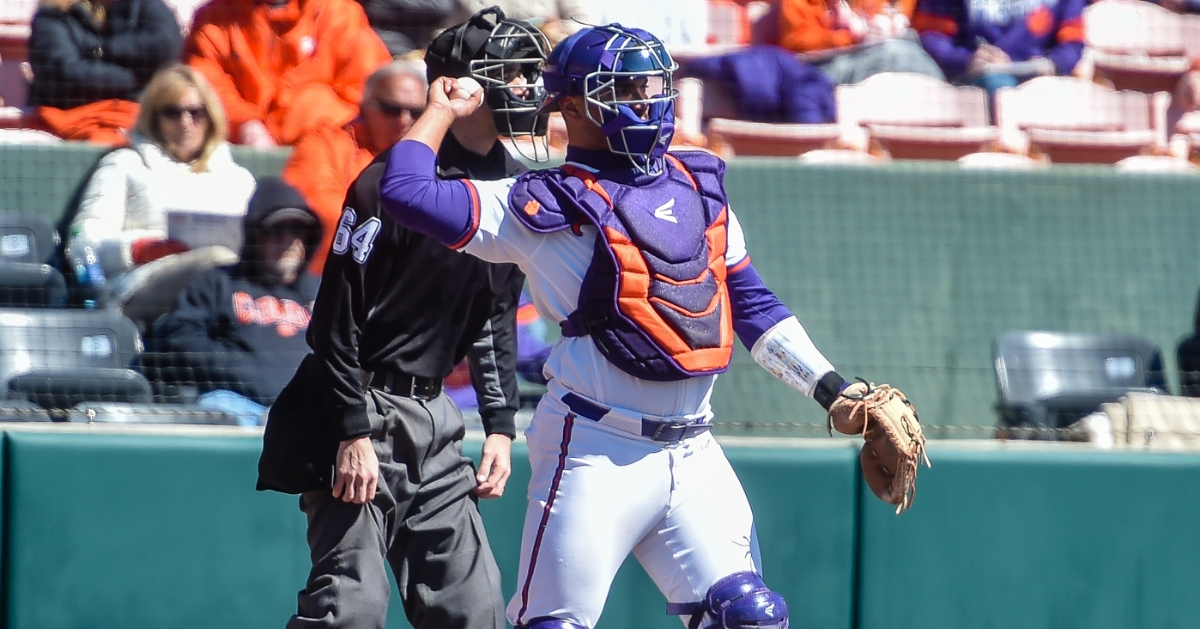 Jonathan French's status is to be determined moving forward, leaving Clemson on a third option at catcher.

The Tigers are down to a third option at catcher for at least the near future.

Clemson starting catcher Jonathan French pulled up while running to first base in the bottom of the second inning in Thursday's 15-1 win over Boston College.

"I think you could tell if you watched him run down the base-line. He hurt his -- it's a hamstring injury, a leg injury," Tigers head coach Monte Lee said. "We don't really know the timetable right now. A lot of it will be dependent on how he feels tomorrow, as far as when he could come back -- not real sure. With hamstrings, sometimes they knot up. Sometimes they pull. Sometimes it's a strain. It's just the degree of the injury and also how he feels tomorrow when he gets here as far as what the timetable will look like."

Clemson just had catcher and utility player Cooper Ingle return to the lineup on Thursday, but after he missed the previous four games from an injury sustained last week, Lee told The Roar FM Thursday afternoon that Ingle was just cleared to be a designated hitter at the moment.

That brought in Mount Pleasant freshman Reed Garris, who made only his third appearance of the season and he did the job well, said Lee.

"We're in a pretty tough spot. We're on our third catcher," Lee said. "Garris ha(d) caught two innings on the season when we put him in there. We're down to one guy. We have a couple other players on the roster who have caught at some point. We have one that we feel like we could put back there if we had to. But he hadn't caught since -- it's been a couple years. We just need to do try to do everything we can to keep Reed back there. Reed did a great job. So proud of him. 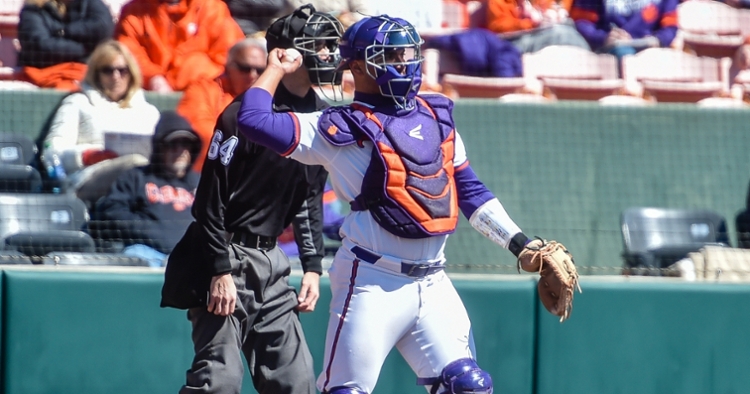 Jonathan French's status is to be determined moving forward, leaving Clemson on a third option at catcher."

"For a true freshman that's caught two innings on the year, to be thrown in that spot with no notice at all -- I thought he did an outstanding job behind the plate. Really proud of Reed."

Making his first plate appearances of the season Thursday, Garris went 0-for-3 with two strikeouts.

French started 36 of 43 games he appeared in coming in this season with eight home runs and 22 RBIs.

Clemson returns to action for game two of the series at 3 p.m. on Friday.