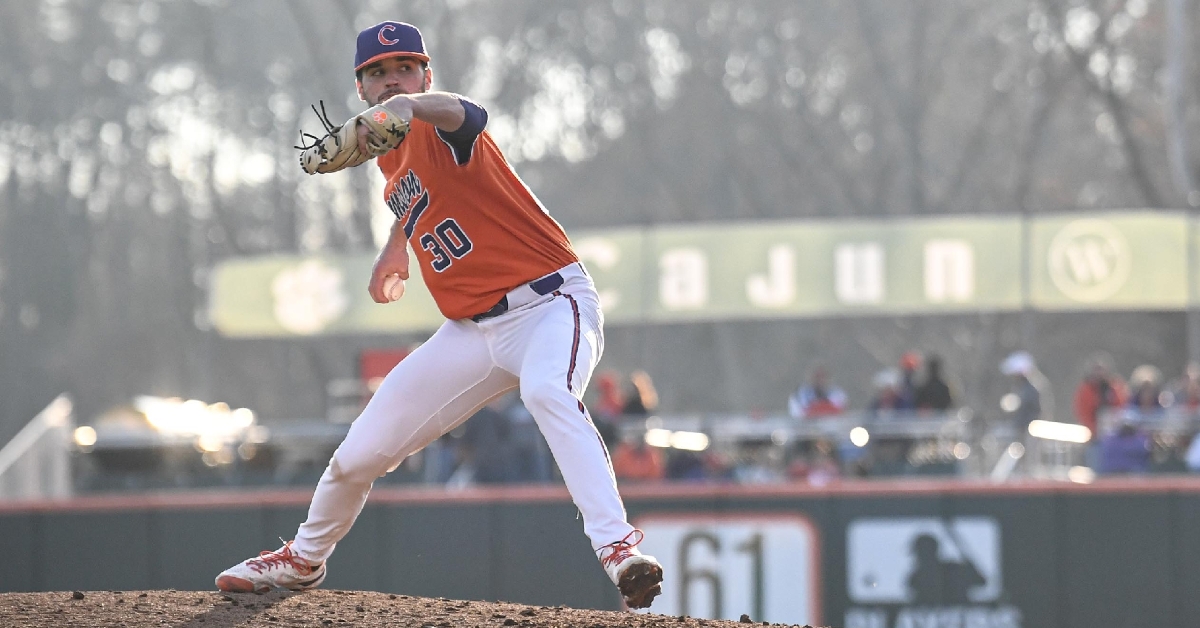 Sharpe struggled through some injury issues that kept him off the mound largely in the second half of the season. (ACC photo)

Clemson pitchers are in demand at the MLB level.

Former All-ACC and All-American honoree Davis Sharpe became a third Tiger pitcher to be selected in the MLB draft, going 396th overall in the 13th round to the Cleveland Indians.

The right-hander joins Keyshawn Askew (Mets/10th) and Mack Anglin (13th/Nationals) as selections. Pitcher/SS signee Bubba Chandler was also picked in the third round (Pirates). Transfer portal-entry and RHP Carter Raffield also went in the 14th round to the Cincinnati Reds.

Injury sidelined Sharpe for a good chunk of the middle of the 2021 season, seeing 10 total appearances on the mound with a 5.50 ERA and a 4-1 record with 48 strikeouts against 17 walks.

He was named a Two-Way Player of the Year Award finalist in 2019 and picked up freshman All-American honors after going 7-4 with a 3.20 ERA and hitting .264 with three homers and 18 RBIs.

The sophomore RHP/1B was drafted in the 13th round (No. 396 overall) by @Indians!#ClemsonFamily ?? ??#MLBDraft @MLB pic.twitter.com/AIVMdgdGRe

Davis Sharpe has been well known for awhile, drafted out of high school. He was a two way player at Clemson but focused more on pitching this year. Draft eligible sophomore 13th round you assume signs but this could eat a majority of pool money left