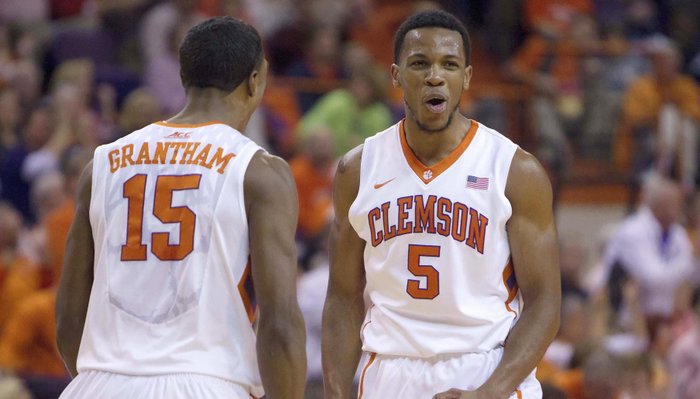 In Need of a Break

I had a nice hour long conversation the other day with Clemson's basketball coach Brad Brownell and I came away thinking two of the same thoughts I have every time I talk to him. First is just how much I really like the guy. Second is how this guy just needs a break.

Dabo Swinney has the Midas touch. Everything that can go right goes right. Clemson football is a different animal than Clemson basketball, but you have to admit, Dabo just has something about him and it works. Plus, he gets the breaks Brownell needs.

Brownell helps develop a great player like K.J. McDaniel and he leaves school a year early. Heading into this year no one thought Jaron Blossomgame could be a first-team All-ACC performer and now there are serious doubts he comes back for his senior season.

A few years ago, Brownell hired Virginia Tech assistant James Johnson and he ended up getting the head job in Blacksburg a few weeks later. He hired Rick Ray and a couple of years into it he gets the head job at Mississippi State. Earl Grant gets the head job at Charleston and Brownell finds a hot, young assistant in Richie Riley. I think many were surprised when Riley got a head coaching job sooner than expected.

Brownell needs a little of that Dabo mojo. Dabo sees his All-ACC wide receiver Mile Williams gets hurt in the season opener and a former walk-on in Hunter Renfrow emerges.

Dabo enters a season where place-kicker is a major question mark and his walk-on Greg Huegel becomes an All-ACC candidate.

Dabo loses Chad Morris as his offensive coordinator when he became the head coach at SMU, so he promotes Tony Elliott and Jeff Scott and the duo win their first 15 games as co-coordinators.

The ACC adds football powers like Virginia Tech and Miami and they fall below their standards. In Brownell's sport, Louisville and Syracuse make Final Fours after joining the league.

Dabo has earned everything he has gotten and his personality is a big part of that, but he has reached the point in his program where everything seems to go right. Brownell could use some of the Dabo magic.

I am not sure what those breaks could be, but Blossomgame returning would be a start. There was an article on CBSsports.com this weekend that said Blossomgame was one of the winners of the NBA combine, so maybe signs are pointing towards him leaving. If he does return, my expectations would be as high for Clemson basketball as they have been for several years. Knowing what we know about the luck of Clemson basketball, I wouldn't count on it though.