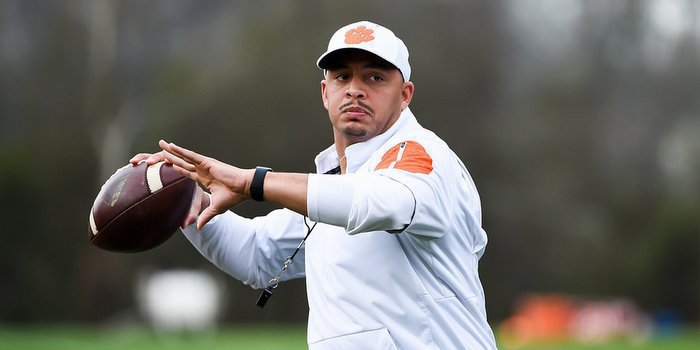 Who gets a head coaching job first Tony Elliott or Brent Venables? Thanks!

I think it all comes down to timing. Both have had interests from other schools including last year when Central Florida and Mississippi State contacted Elliott. However, I think both will be very selective in their careers. Let’s face it, both have great jobs now and make plenty of money. I think perhaps the most significant factor now is Venables’ two sons. Jake is true freshman and his younger brother Tyler is a class of 2020 prospect. Maybe those guys keep Brent here longer than Tony.

I have missed the blog lately. Hopefully it is not gone forever. If not, what are the possibilities we get left out of the playoffs due to our weak schedule?

No, we are still here. I just got a little busy with other stuff. Clemson being left out is highly unlikely. Every year we think all of the teams will finish the season undefeated, but it never happens. This time last year Navy, UCF, USF, Miami, Washington State, Wisconsin, TCU, Washington, Georgia, Penn State, Clemson, and Alabama were undefeated and only UCF ended the season undefeated. Let’s revisit this conversation on November 1. Finally, will Notre Dame have a tougher schedule than Clemson?

When is ETN going to get Heisman consideration? Have you seen his stats compared to Bennie Snell and even Derrick Henry’s Heisman season? Come on man! Give the man his props.

Love the email. Yes, I have seen the tweet. For those that haven’t:

Looks pretty simple to me. I think the country will soon start paying more attention to Ettiene, but Tua has a huge lead.

Have you ever heard of “The Belt”? Essentially, it works like this: the winner of the very first college football game was The Belt holder (Rutgers over Princeton, 1869). Then, when Rutgers lost to Princeton later that year, Princeton held The Belt. Princeton remained undefeated until Yale took The Belt by beating them in 1876, and so on and so forth.

Pittsburgh has lost it since the article to Penn State who lost it to Ohio State. Who do you think ends this year with The Belt?

I have been to that website many times. I think OSU keeps the belt through the regular season and in the Big Ten title game. But I don’t think they win the national title and lose it to either Clemson or Alabama. I am biased so let’s say Clemson!