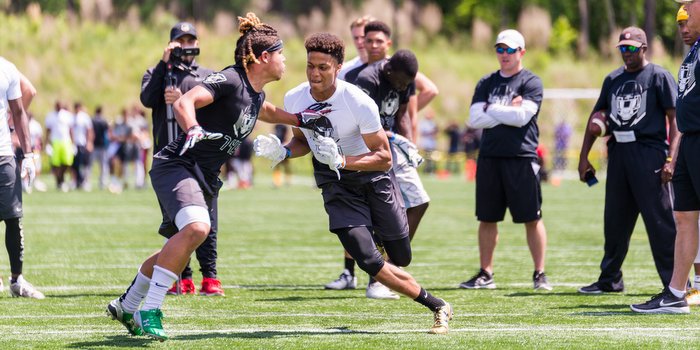 4-star 2018 wide receiver Jordyn Adams from Cary, N.C. (Green Hope HS) announced Clemson and North Carolina as his top two schools on his Twitter account Thursday evening. This new list eliminated Alabama, LSU and Ohio State which made his top five last month. Adams also said that he would be committing at The Opening which starts on June 30.

The 6-2, 175 pounder is the son of former South Carolina defensive line coach Deke Adams, who spent three years with the Gamecocks and is currently at North Carolina.

Top 2??, I will be announcing my commitment at @TheOpening !! ?? (no interviews please!) pic.twitter.com/bR0FdoQ7Sd