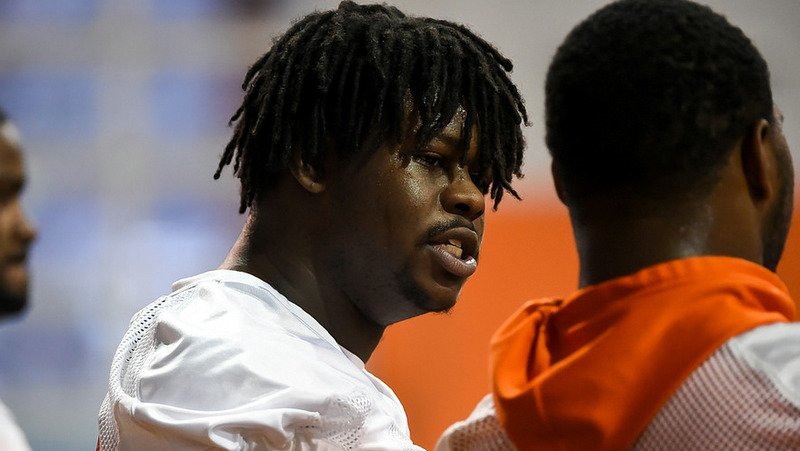 Update: Albert Huggins was picked up off of waivers by the Houston Texans on Monday. Original update below:

Training camps are scheduled to start in August and two Tigers will need to find a new pro home.

Albert Huggins was waived by the Philadelphia Eagles recently, where he saw action in four games and got in on three tackles.

The Orangeburg native was originally signed as a undrafted free agent last season by the Houston Texans and also spent a short stint with the New England Patriots.

He signed as a UDFA with the L.A. Chargers originally last year and also was briefly on the Tampa Bay Buccaneers practice squad as well.

Two former Tigers are currently on the Titans roster with Vic Beasley and Adam Humphries.

K'Von Wallace was drafted by the Eagles and recently signed ahead of camp.