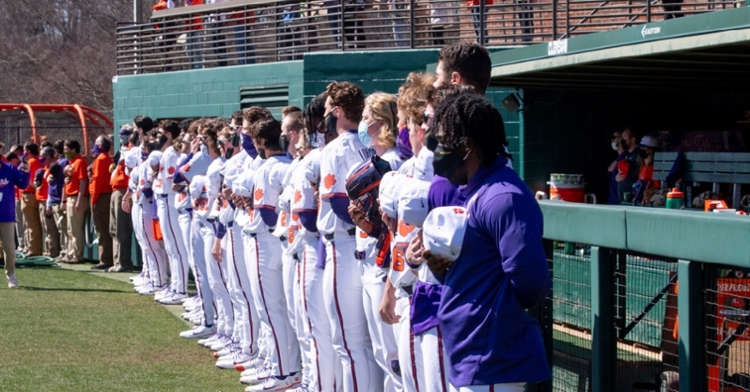 Clemson drops a second series in a row. (ACC photo)

CLEMSON, S.C. - Carter Putz's two-run double broke a 1-1 tie in the sixth inning and lifted Notre Dame to a 3-2 victory over Clemson at Doug Kingsmore Stadium on Sunday afternoon. The Fighting Irish, who won the series 2-1, improved to 4-2 overall and 4-2 in the ACC. The Tigers dropped to 5-4 overall and 1-2 in ACC play.

Liam Simon (2-0) earned the win by tossing the final 4.1 innings. Jack Brannigan retired the last batter to record his first save of the year. Tiger reliever Mack Anglin (0-1) suffered the loss for the Tigers, whose four losses in 2021 have been by a combined five runs.

The Tigers host USC Upstate on Tuesday at 4 p.m. on ACCNX.

Home run No. 4 on the week for @CadenGrice3 cuts the Notre Dame lead in half! ??