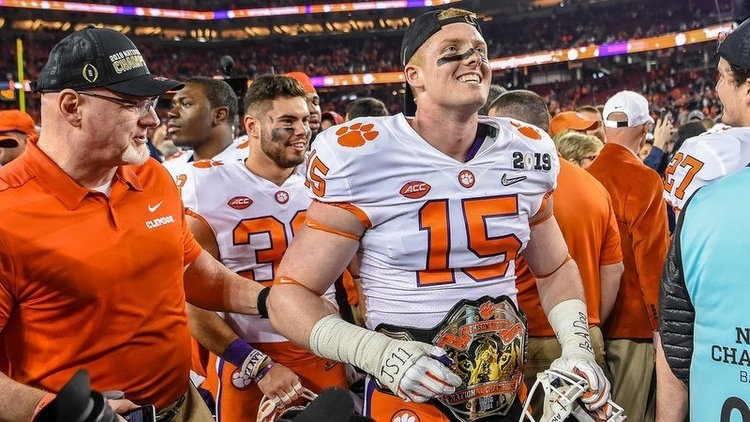 The College Football Playoff rankings were released on Tuesday night as the defending National Champion Clemson squad was listed at No. 5 behind Ohio State, LSU, Alabama, and Penn State.

ESPN analyst Andrea Adelson who covers the ACC, believes that Clemson might not be a slam dunk to make the playoff even if they run the table at 13-0.

If Clemson wins out but struggles along the way and LSU loses a close game to Alabama and is sitting there with one loss, you can't tell me the committee is going to slam dunk put Clemson in. I *think* they would, but the disrespect for the ACC schedule isn't going to change.

Adelson cites that Clemson might not have a top 25 win if they defeat Wake Forest.

I am not 100 percent convinced on that. Clemson is going to have 1 game against a ranked team left, against Wake Forest, and if they win, Wake Forest will more than likely fall from the rankings. Conceivable Clemson ends the season with 0 Top 25 wins. It's not a slam dunk. https://t.co/KGYC8tlFUy

She continues to contemplate the Tigers' playoff chances if they struggle down the stretch.

I think there is a shot yes. I don't know how probable it is, but I'm not ready to say it's a 100 percent guarantee undefeated Clemson is in especially if they struggle down the stretch or need OT to win the ACC Champ Game. https://t.co/bwrh2JeHHd