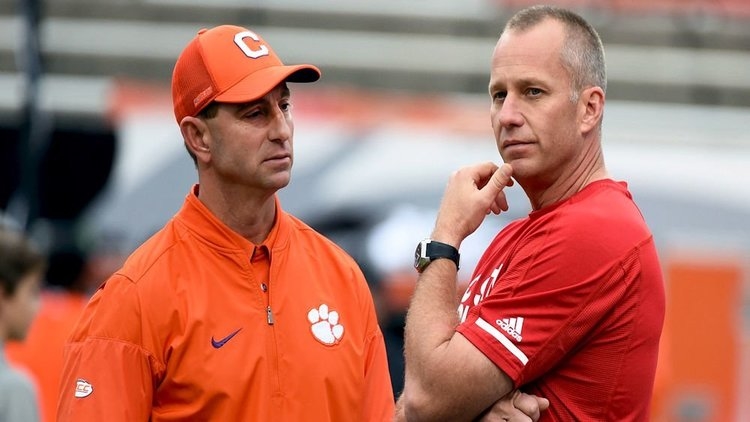 The Wolfpack are currently a ridiculous 32-point underdogs to the defending champs. By the way, they scheduled Clemson as their homecoming game.

"Looking forward to playing a home game," Doeren said. "It’s been a month since we’ve been back in the Carter Finley and excited for homecoming. It’s a night game opportunity against a tremendous football team. It’s what you play for, to play against such a good team, such a well-coached team, and to get to do it at home in a night environment at the Carter. It’s been awesome to have those types of games and look forward to having one. I know we’ll have a tremendous crowd. I’m excited just to get back on the grass with the guys."

The Wolfpack has several critical injuries currently on their team but loves the challenge.

"As everyone knows, we’re injured. We’re young and all those kind of things," he said. "We’re going through some, you know, challenges of what that is, but I love the challenge and love when my back is up against the wall. And I know this our guys aren’t going to flinch. They’re going to fight. We’re going to fight as a program to get better and I think the biggest thing for us it’s not who we play, it’s what we do to get better every day and how we play, and that’s what we have to focus on, and continue to focus on, regardless of where we’re at with our injury report.”

Doeren understands that Clemson is playing at a very high level.

"And so that’s going to be, you know, for the next four weeks what you hear me talk about and you know this week the challenges is obviously a great one, when you’re playing a team that’s done what Clemson’s done and I could go through their statistics but you all know where they’re at. They do a really good job on both sides of football. They’re well-coached. They got good players. And so we just got to go out there and be the best that we can be with what we do."