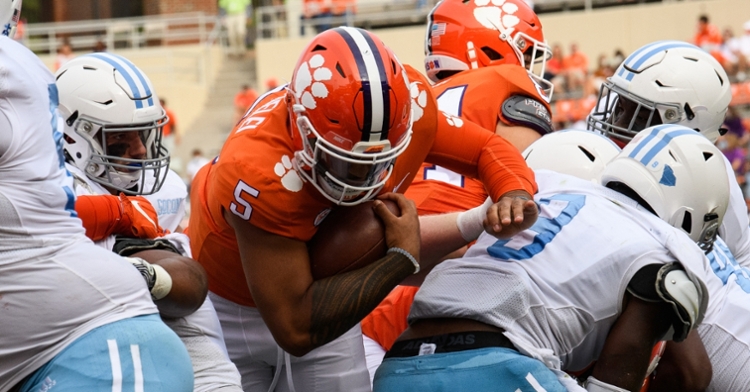 No. 1 Clemson brought the hammer at halftime dropping a 49-0 score against The Citadel on Saturday.

Game officials came to Citadel head coach Brent Thompson during the intermission and asked if he wanted to shorten the second half.

He wasn't having none of that surrender talk.

The head coach didn't care about the lopsided score and wanted to continue the second half as is.

It ended up working out well for the Bulldogs as their players got more valuable reps and played the No. 1 team to a scoreless draw in the second half.