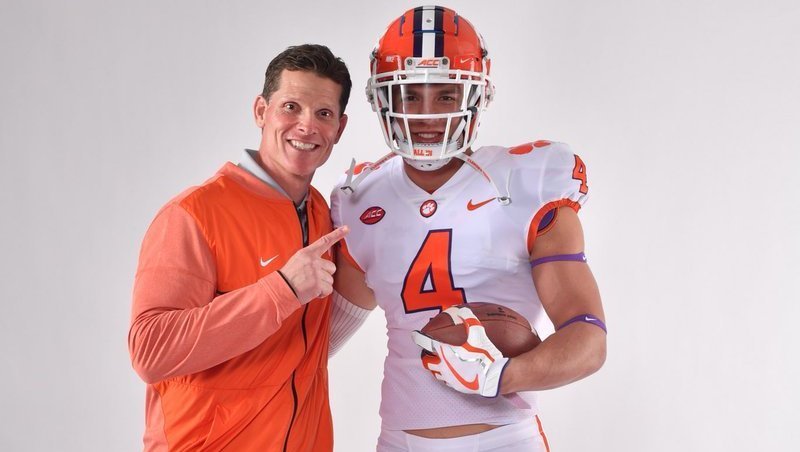 With over 25 national offers, Keith Maguire has done his due diligence, narrowed his list to five and is quickly closing in on a final decision.

The 14th ranked linebacker out of Malvern (PA) Malvern Prep narrowed his list to Alabama, Clemson, North Carolina, Notre Dame and Ohio State. However, a recent trip to Clemson has the Tigers squarely in the mix as his decision draws near. He announced via Twitter Wednesday that his decision will come Friday.

Maguire visited Clemson in March with his mom and returned with his dad and brother for the Tigers’ spring game.

“It was good. I liked being able to get back down,” Maguire told TigerNet Tuesday evening. “I got to see a little bit of what a game might almost be like. I spent some good time with the coaches and the players. It was a great visit overall. We got another tour of the football facility because I was there with my dad and brother. They didn't come down before, so we got another a tour of that. I was able to sit through a team meeting, then the next day we got up and got ready for the game.”

After watching defensive coordinator and linebackers coach Brent Venables throughout the spring game, Maguire said he has no doubt that he would fit right in with Clemson’s defense.

“It was good to see him in action and good to see the scheme in action in person. Just seeing how they coach was cool to see,” Maguire said. “I think I would fit in pretty well there. I think I would fit in at either one of the linebacker positions, depending on where they decide to put me based on my weight. I really think I could play either linebacker position based on how they run their defense. I think they're all pretty similar in ways, so I could definitely see myself fitting in there.”

Knowing this would be their last chance to leave an impression on Maguire, the coaches’ message was simple.

Maguire said his top-five remains intact, but the visit to Clemson caused the Tigers to vault up his list.

“It definitely had them move up on my list. I was just really impressed with everything they did,” he said. “It's still the same top-five, but the visit really gave Clemson a good boost. Decision-wise, it could be within the next month or at the end of this month. It will be pretty soon.”

Maguire was an All-Inter-Ac selection playing linebacker and wide receiver last season for a championship Malvern Prep squad. He totaled 150 tackles and three interceptions and caught 19 passes for 278 yards and five touchdowns.