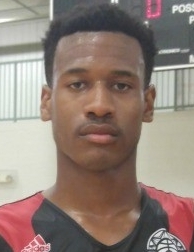 Forward
B I O
Top-200 prospect nationally according to 247 Sports ... rated the No. 20 prospect from the state of Florida in the class of 2017 by 247 Sports ... second-team all-state at the AAAA level by the Florida Association of Basketball Coaches (FABC) ... produced a triple-double his senior season versus Olympia High, with 18 points, 14 rebounds and 10 blocked shots ... broke First Academy school record with 16 blocks in a game against Melbourne Holy Trinity, he also added 14 rebounds and seven assists in the same contest ... as a junior, was a AAA second-team all-state selection by the FABC ... averaged 13.9 points and 10.9 rebounds per game as a junior.

“Malik is a highly skilled frontcourt player and an elite-level passer,” Brownell said. “He really has a great feel for the game, and has shooting range out to the three-point line. He will be a very good rebounder as he puts on weight and adds strength throughout his career. We’re excited by his skill level and feel he has a bright future in our program.”