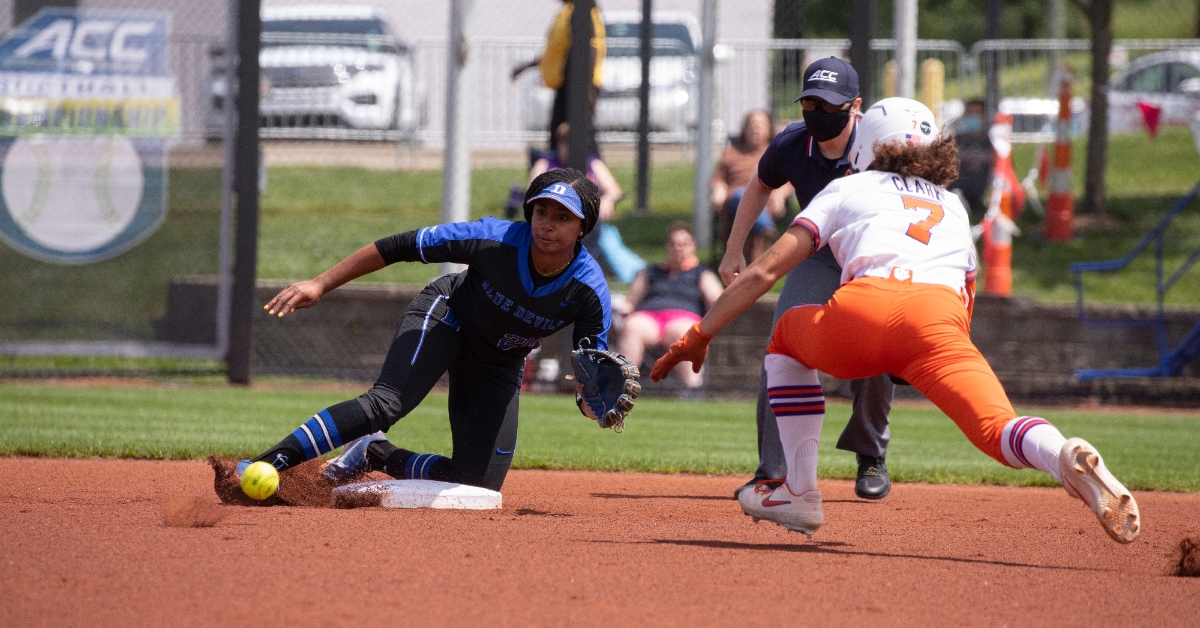 The No. 13-ranked Clemson bats went cold on Championship Saturday, dropping the ACC Tournament Final to the Duke Blue Devils, who won the championship in just the fourth year in program history. Despite out-hitting the Blue Devils 3-2, the Tigers were unable to string any hits together and push any runs across home plate, and drop just the sixth game of the season in the 1-0 loss.

Valerie Cagle was impressive in the circle, finishing the ACC Tournament with 21.0 innings pitched and surrendered just one run, which came in the sixth inning today. The redshirt freshman struck out 13 on the afternoon, her second double-digit strikeout performance in the tournament (vs. Georgia Tech). Cagle moves to 26-5 on the season.

Clemson will now await to find out its fate in the NCAA Tournament, and will most likely see its name called tomorrow during the selection show as a host of one of the 16 regional sites. The NCAA Tournament Selection Show is set for 9 p.m. tomorrow and can be seen on ESPN2.

Both teams stranded runners on base in the second inning, with both offenses looking to crack each other's starting pitchers.

The Blue Devils got their leadoff hitter on base in the third, but back-to-back strikeouts from Cagle in the circle and a beautiful throw to second from JoJo Hyatt behind the plate got there before the runner for the third out of the inning on a steal attempt. 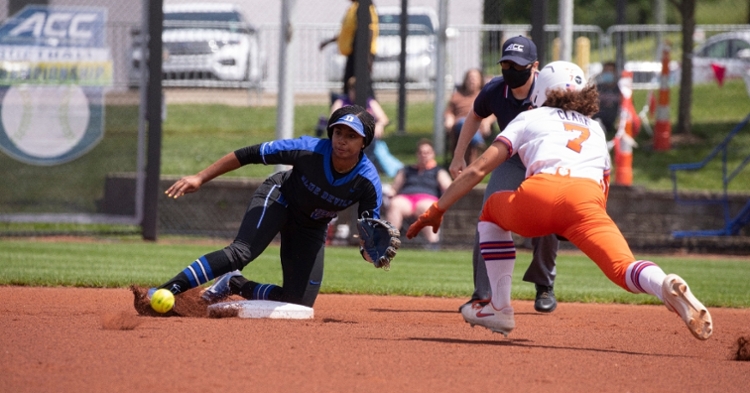 Cagle sent Duke down 1-2-3 in the fourth, recording her seventh and eighth strikeouts of the contest during the inning.

The Tigers got their best scoring chance of the game so far in the home half of the fourth, putting runners on first and second with just one out. Rittman used back-to-back pinch hitters looking to get a few fresh bats against the Blue Devils’ Shelby Walters, but was unsuccessful as consecutive outs ended the threat.

Duke got a runner in scoring position with no outs in the fifth, but Cagle kept the Blue Devils off the board and energized the Clemson offense after striking out the last batter of the inning with the pressure all on the redshirt freshman in the circle.

The Blue Devils scored the first run of the contest in the top of the sixth, plating a run on one hit to take a 1-0 lead. Cagle gave up a leadoff single and then walked the next batter before a wild pitch moved both runners up a base. A RBI groundout with one out would give the Blue Devils the first run on the scoreboard of the day. It was just the first run in 19.1 innings of work in the ACC Tournament that Cagle had given up.

Clemson went down in order in the sixth and the championship game headed to the final inning with Duke leading, 1-0.

The Tigers went down 1-2-3 in the seventh, unable to get any kind of offense going in a do-or-die situation and fell to Duke, 1-0. Clemson will still likely see its name called tomorrow at 9 p.m. during the NCAA Tournament Selection show as one of the host sites for a regional, which take place next weekend May 21st-23rd.

Tough loss today but the biggest things are ahead for @clemsonsoftball. Hopeful we'll have the chance to host an NCAA Regional in front our a home crowd at McWhorter Stadium!! https://t.co/cEgd04dbS0

Tough loss for @clemsonsoftball . Has to be only time in college softball or baseball tournament history a team only gave up one run in three games and didnt win championship. On to the NCAAs for coach Rittman's team.