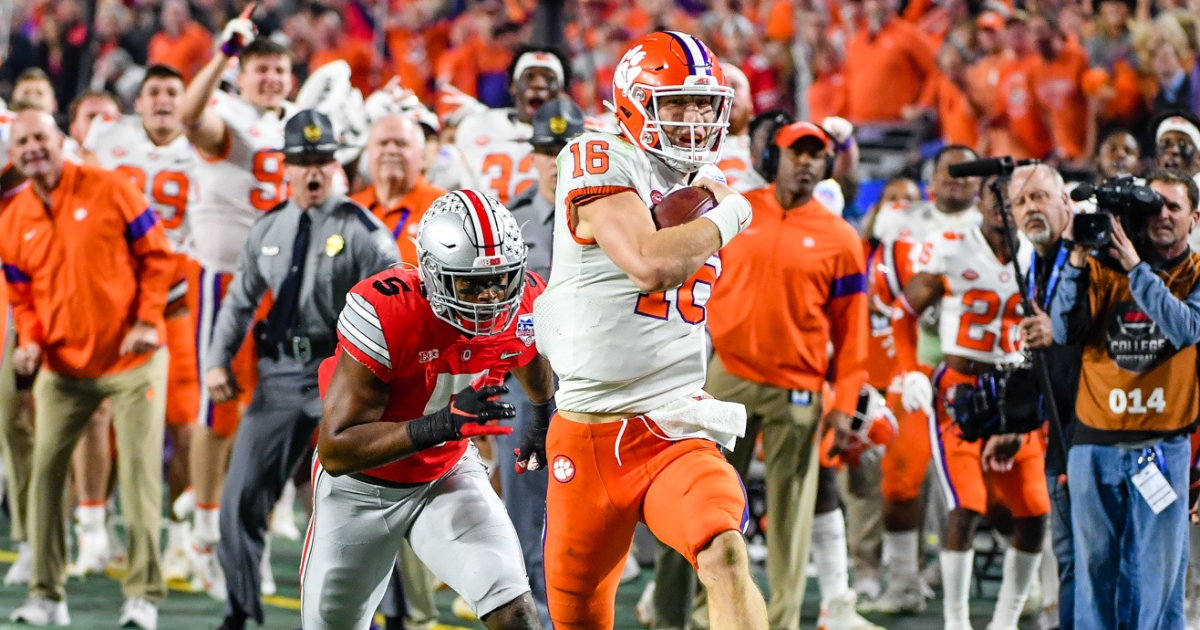 Lawrence had his Heisman-worthy moments as a Tiger.

The game's top individual award, the Heisman Trophy? Not so much.

Young's prime examples of the award not going to college football's best player in a season? Trevor Lawrence and Deshaun Watson.

Young lays out his top candidates to miss out on the Heisman below:

"The Heisman trophy is kinda trash." ??@RJ_Young explains why the award is actually overrated pic.twitter.com/gBWfpcXkOj

Lawrence went 34-2 as a starter with a national title and three ACC crowns in his time with the Tigers, tying Watson for the highest finish in the Heisman vote at Clemson in second and also notching an All-American honor in 2020. He exited with Clemson records in career winning percentage (.944), pass efficiency rating (164.3), yards per passing attempt (8.87) and tied for the most wins against Top 25 opponents (nine).

Watson was a two-time winner of the Manning Award for the nation's top quarterback, which is awarded after the postseason, while Lawrence was a three-time finalist for the honor.