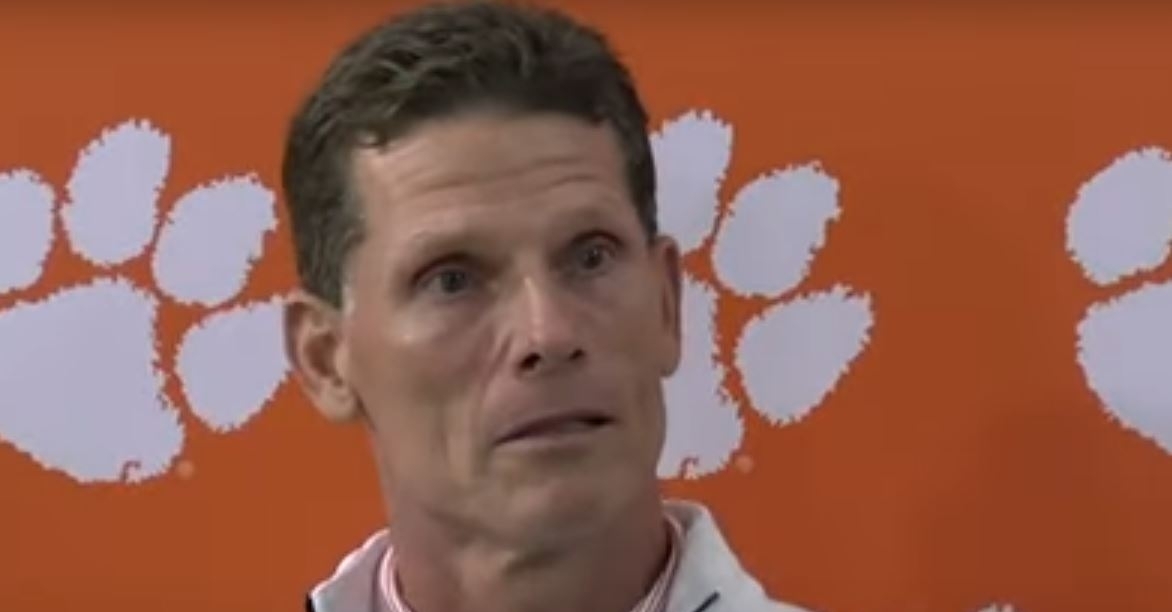 Brent Venables has a lot of respect for his players

The Clemson football team has been dealing with a ton of injuries during the 2021 season.

At one point recently, the Tigers were out 17 scholarship players for the season. That is a significant number that will test any team's resolve.

Clemson defensive coordinator Brent Venables spoke to the media Monday and got a little emotional talking about all the injuries that the team has had to deal with especially senior offensive lineman Matt Bockhorst.

"If people only knew how much guys cared," Venables said. "Matt Bockhorst, you know people have no idea what he's been through. What a great leader he is and how well respected he is in this locker room. It's easy to try to pick on different people. People have no idea the investment, the work, how much an individual can contribute to the success, and just a lot of sacrifice. A lot of hurt. These guys have been playing hurt for a number of years, and man, what a war daddy — just a big-time dude."

Bockhorst tore his ACL and he will have his fourth or fifth knee surgery according to Dabo Swinney.

Venables is a big fan of his players of how they have battled.

"So you have a great appreciation and thankfulness and love for your players and what being on this team means to them.

Can't really call it a "quick" overview, but here is a non-comprehensive look at some the attrition Clemson has faced so far this season. pic.twitter.com/6BY7PvGRUh