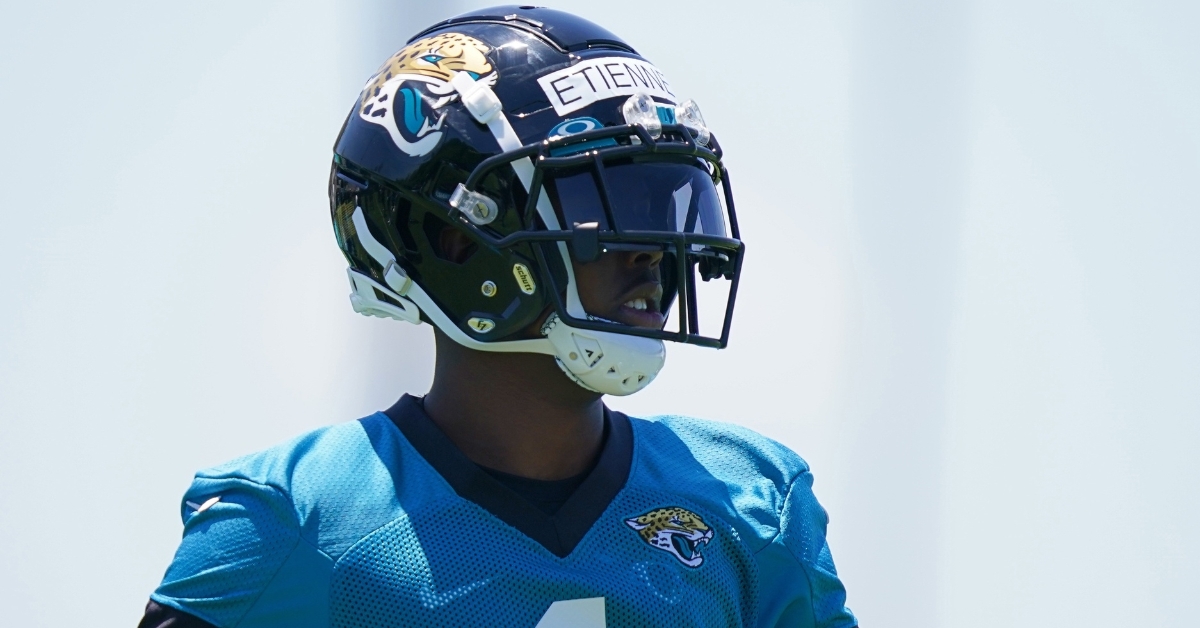 The Jacksonville Jaguars made headlines when they put their first round draft pick Travis Etienne at wide receiver exclusively during rookie minicamp.

On Monday during Jaguars minicamp, Meyer said that he saw some good things out of Etienne's last few practices.

"Good. I saw flashes of what I remember seeing in college here, the last week and a half," Meyer said. "The Jaguars, when you look at statistically, big plays were very hard to find last year. And this guy's a big play written all over it. He's a space player. So, ideally, we're going to be one of those multiple offenses that has spread elements and the Y or the two tights. I think that's going to be hard to defend if you do both, and he is a space player. You could see that the last few practices."

PFF projects 'ETN' with 206 touches for 1,052 yards and seven touchdowns for the upcoming NFL season.

Etienne rushed for 4,952 yards and 70 touchdowns at Clemson.

Urban said he has really flashed over the last week. pic.twitter.com/vTleC9YHZm