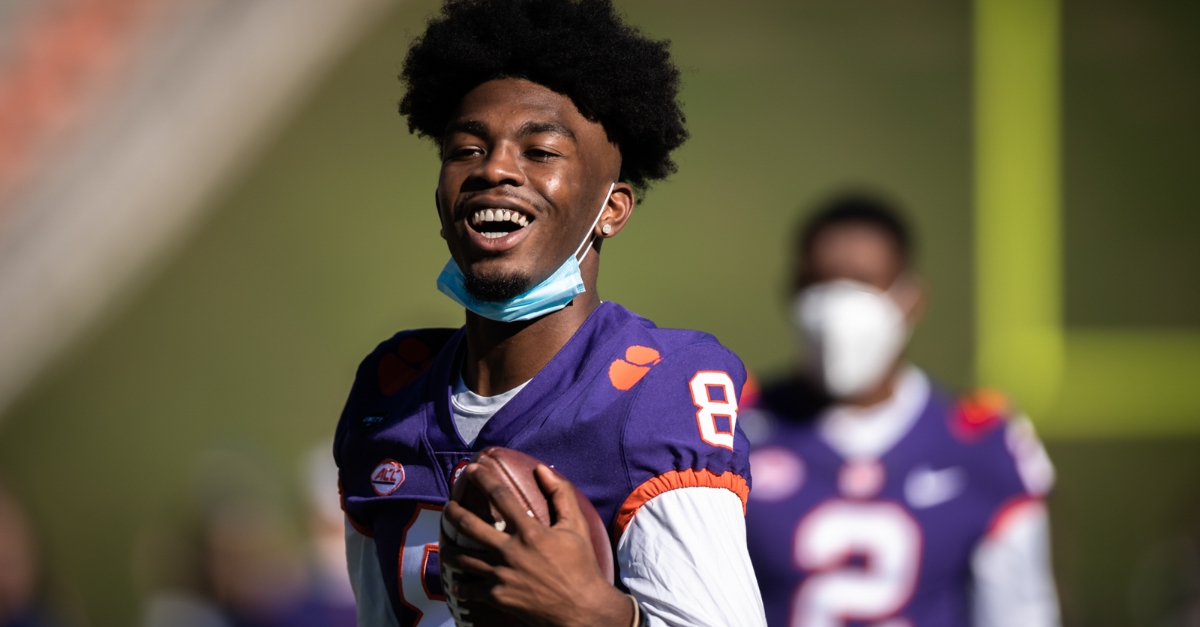 Ross will hopefully add some pads to his practice routine in August.

Justyn Ross picked up first-team honors on offense and Bryan Bresee got the nod on the first-team defense.

On the second team, offensive tackle Jordan McFadden represents the Clemson offense and defensive end Myles Murphy is on the other side.

We are still awaiting official news on Ross being fully-cleared to play after being held out last season after having surgery for a congenital fusion in his neck and spine area. The belief is he is trending toward that clearance this summer.

Bresee earned ACC freshman of the year after coming in as the nation's No. 1 recruit last season.

McFadden is a redshirt junior out of Spartanburg who started all 12 games last season at right tackle.