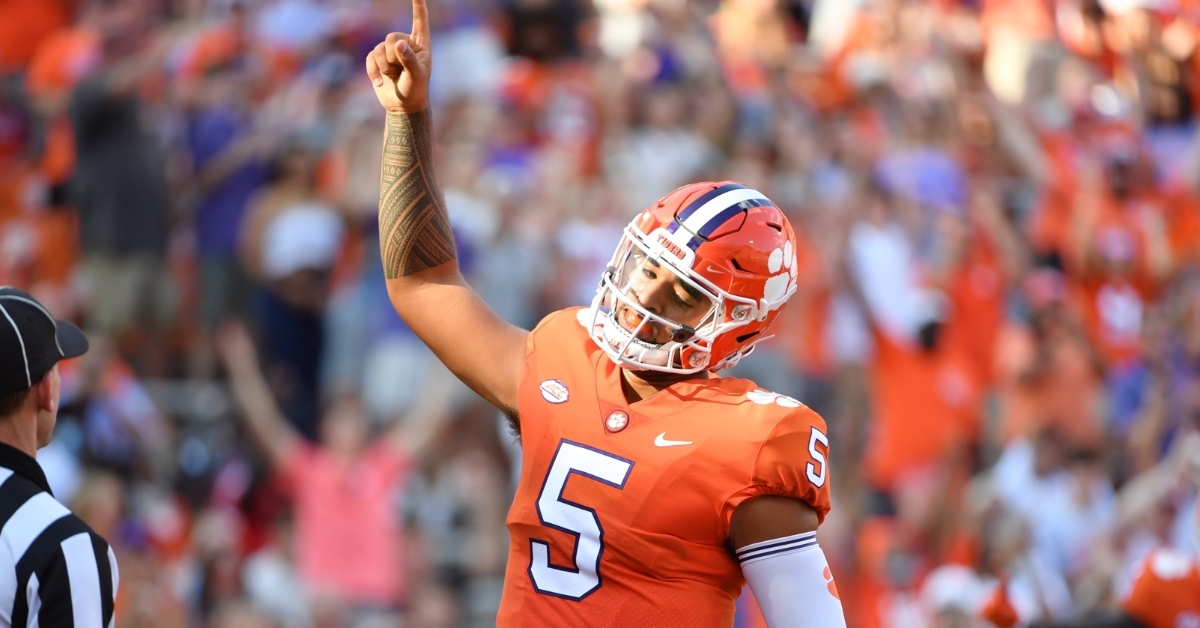 Uiagalelei gets his first taste of the rivalry on Saturday.

Palmetto State rivals Clemson and South Carolina had played each year since 1909 until an SEC rule last season brought an interruption last year.

The gridiron rivalry is back on this season and both teams take some confidence into the 7:30 p.m. SEC Network broadcast start Saturday in Columbia.

Since dropping to 4-3, Clemson has won four in a row to keep its Atlantic Division hopes alive and also stay in position to extend the program’s run of consecutive 10-win or more seasons (2011-20).

After not covering the spread in each of the first seven games, the Tigers have topped the odds in three of the last four contests, including winning by 21 after being a 3.5-point favorite on No. 10 Wake Forest this past Saturday.