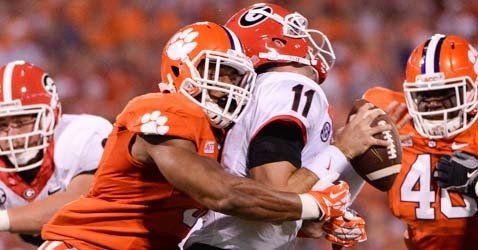 CLEMSON, S.C. — ESPN announced today that kickoff for Clemson’s season opener against the Georgia Bulldogs on Saturday, Sept. 4 has been set for 7:30 p.m. ET. The contest will air nationally on ABC.

The game will be played at Bank of America Stadium in Charlotte as part of the 2021 Duke’s Mayo Classic. Though the game will be played at a neutral site, Clemson has made itself at home in the venue in recent years, posting a 7-1 all-time record at Bank of America Stadium, including a 1-0 mark in regular season play (vs. Temple in 2006) and a 6-0 record in ACC Championship Games.

The 2021 season opener represents the sixth scheduled meeting between Clemson and Georgia over the next 14 seasons. In addition to the game in Charlotte, the two programs will face one another in the 2024 Chick-fil-A Kickoff Game in Atlanta. The historic geographic rivals have also previously announced two home-and-home series featuring games in Clemson in 2029 and 2033 and games in Athens in 2030 and 2032.

Alabama and Miami in Atlanta's Mercedes-Benz Stadium will precede Clemson-Georgia on ABC in a 3:30 p.m. kickoff.