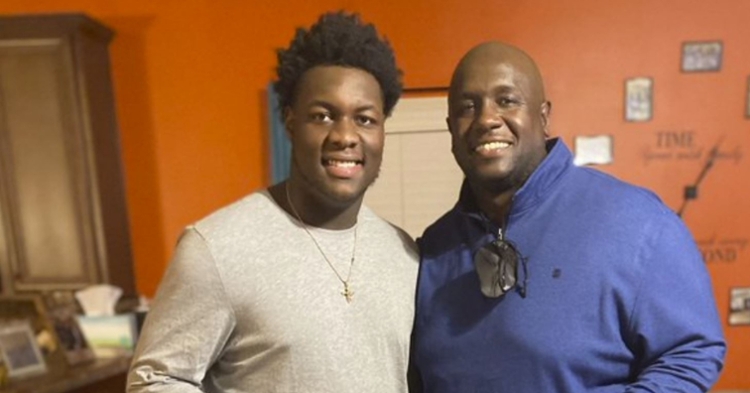 Eason and Story's relationship throughout the recruiting process could bring Story to Clemson.

The hire of Nick Eason looks like it is already paying dividends on the recruiting trail as one of the region’s top defensive line prospects is giving Clemson a long look.

Caden Story (6-2, 282) is a 2022 4-star defensive tackle prospect out of Lanett (AL) who was once committed to Auburn and has drawn heavy interest from Florida. When Clemson head coach Dabo Swinney hired Eason away from Auburn to be his defensive tackles coach, that put the Tigers in play for Story’s services.

Eason had recruited Story for Auburn. Once he got to Clemson and reached out to Story, the big tackle decommitted from Auburn so he could take an official visit to Clemson. That visit with his parents took place last weekend, and it put the Tigers firmly in the battle for Story.

Story spent ample time with Swinney and Eason, and they showed him a plan they think will lead him to becoming the next great inside force on the Clemson defense.

Eason is already proving his worth.

“Me and Coach Eason, we have a great relationship,” Story said. “That’s my dude. That’s my guy. He’s cool. He does know me better than anyone.”

Story said he will not have any in-home visits this week, but Eason, and perhaps others from Clemson, plan to be at his basketball game Thursday night. He’s expecting Florida to be at his school on Wednesday. Story will visit Florida this weekend. He will announce his commitment on February 2nd at 10:00 AM during a ceremony at his school with Clemson, Florida and Auburn the finalists.