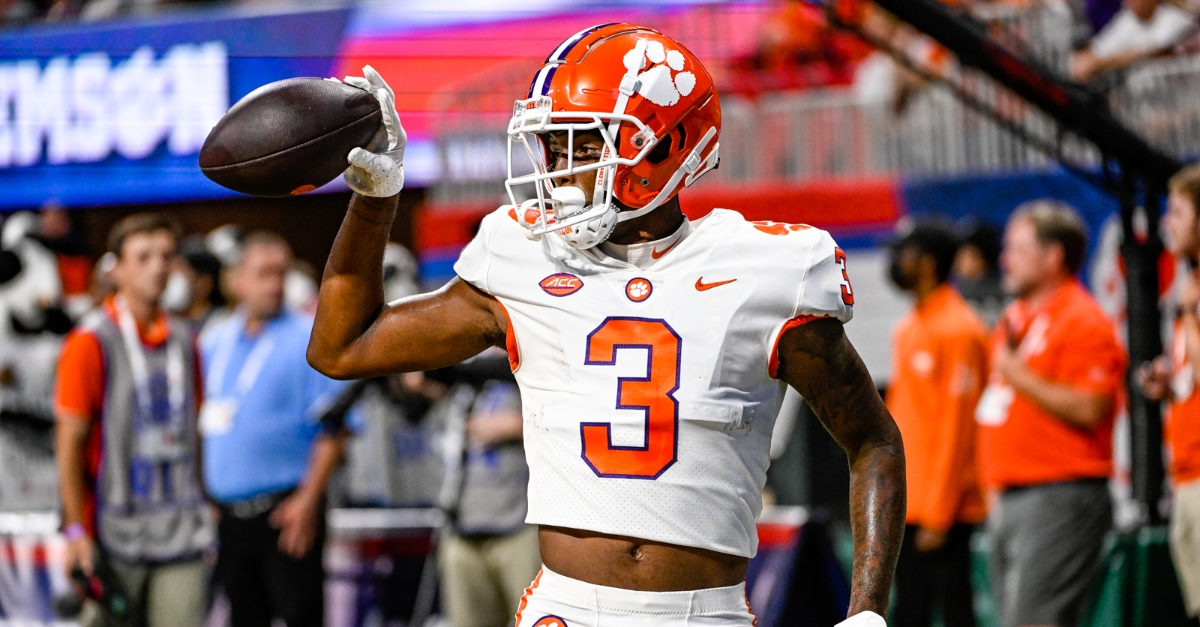 Dacari Collins is a second departure in season from the Tigers.

Sophomore receiver Dacari Collins is no longer with the Clemson football team.

Collins has been confirmed by the school to have left the program after three games. Sources had informed TigerNet's David Hood of the move earlier on Tuesday.

The Atlanta product had one catch for eight yards in 63 snaps this season.

The former 4-star prospect entered the 2022 campaign with 16 catches for 221 yards with three starts over 254 snaps last season.

With the new rules, players cannot enter the transfer portal until after the regular season in December. Collins joins linebacker Sergio Allen as departures during the season.