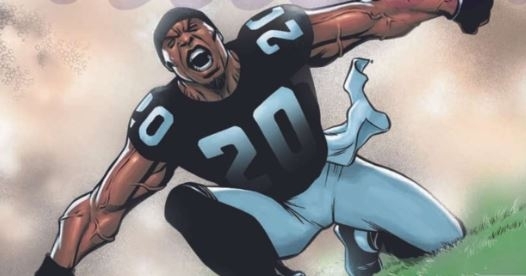 Dawkins now has his own Marvel comic book cover

NFL Hall of Famer Brian Dawkins is known by 'Weapon X' to many of the diehard fans that cheered for him in the pro ranks.

Now his fans can continue to pay homage to him as Marvel has honored him with a special variant comic book cover for Wolverine #22.

"I was a huge fan of Wolverine," Dawkins told the Philadelphia Inquirer. "I was blessed to be able to kind of use some of that energy he displayed in the comic books on the field. That kind of animal-like instinct."

Most fans call Dawkins 'Weapon X' when they run into him.

The special edition comic book cover will cost $30 and have a limited run of 3,000 copies.