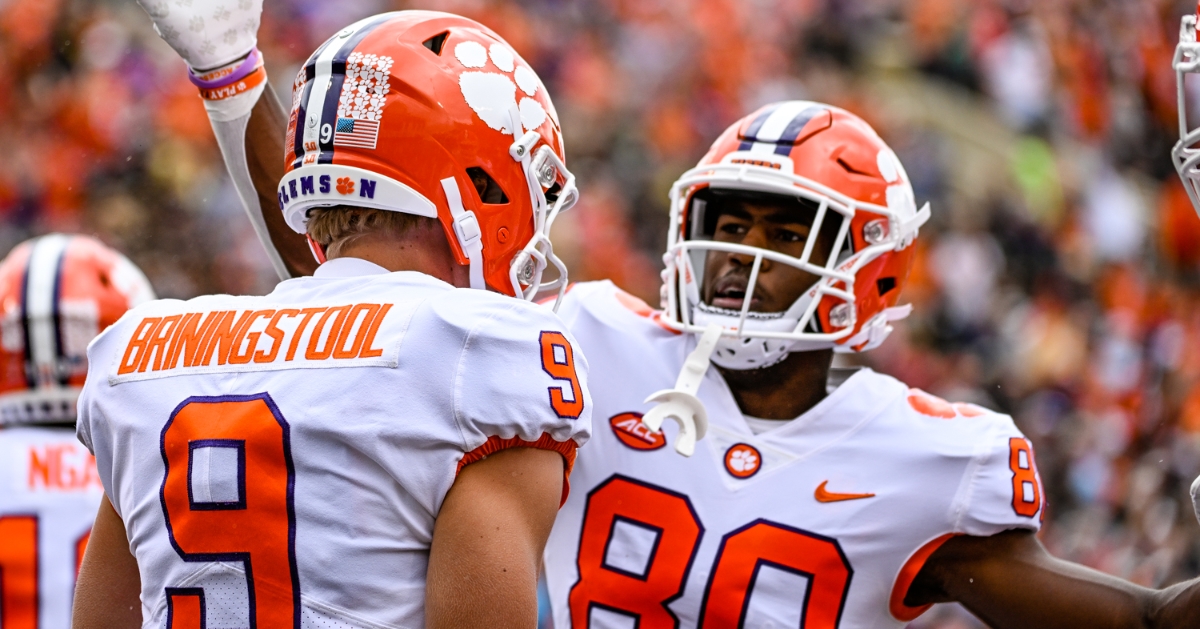 Beaux Collins looks to return and make an impact on Saturday.

Clemson welcomes South Carolina back to Death Valley for the first time since 2018 on Saturday.

The Tigers are looking to be a little closer to full strength with Beaux Collins back in the depth chart at wide receiver after missing the last two games. He leads the Tigers with five receiving touchdowns.

The change in recent weeks is reflected as well with Trenton Simpson at strongside linebacker and Barrett Carter at weakside, where Carter has played the last two weeks.

Mitchell Mayes slots in where he played last week in place of Marcus Tate, who was injured against Miami and ruled out for the season (knee).

The game is set for a noon ABC broadcast Saturday.

Check out the two depth charts below: