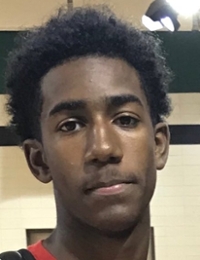 Guard
B I O
Beadle is a 6-3, 168-pound combo guard from Columbia and is rated as a three-star prospect, according to 247Sports and Rivals. Beadle averaged 16.9 points, 6.2 rebounds, 3.8 assists and 1.4 steals per game last season for Cardinal Newman. Beadle won back-to-back SCISA Class 3A championships at Cardinal Newman and led the team in scoring last season. Beadle eclipsed the 1,000-point mark for his career. Over the last three seasons, Beadle has shot better than 50.0 percent from the floor, including 40.0 percent from three and over 70.0 percent from the free-throw line. He is a three-time All-Region and All-State player, while also being named to several All-Tournament teams and earning multiple All-Star selections. Beadle chose Clemson over Wake Forest and VCU.