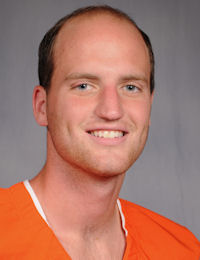 Wide Receiver
B I O
Original walk-on who is listed as a wide receiver, but has also practiced as a quarterback.

2010: Played in one game; he was 0-1 passing in three snaps against Presbyterian College.