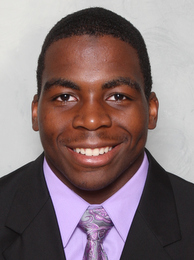 Linebacker
B I O
Original walk-on who has seen most of his action on special teams ... has played eight snaps over five games in his career ... two-time ACC Academic Honor Roll member.

Personal: Talented singer who played the piano and sang at the 2014 Russell Athletic Bowl luncheon in front of both teams ... majoring in health science ... born Nov. 28, 1994.