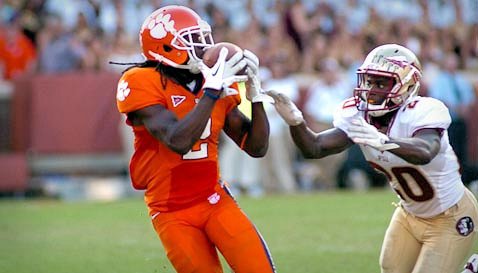 The Clemson vs. Florida State game next Saturday will be a battle of top 10 teams. Florida State is ranked fourth in both polls, while Clemson is ninth by USA Today and 10th by Associated Press.

This will be the ninth game in ACC history that has been a battle of top 10 teams according to the Associated Press poll. It will be the third involving Clemson. Twelve years ago, a 10th ranked Clemson traveled to a fourth ranked Florida State and the Seminoles came away with a 54-7 victory. Both teams have the same AP ranking entering this game.

The last time a pair of top 10 ACC teams faced off was in 2007 when second ranked Boston College defeated eighth-ranked Virginia Tech behind Matt Ryan, 14-10.

A look to the results of the previous seven matchups of top 10 ACC teams shows that the higher ranked team entering the game has won five of the eight. The home team has won four of the eight.

Florida State has been involved in five of the previous seven matchups of top 10 ACC teams. The Seminoles have a 4-1 record in those games.