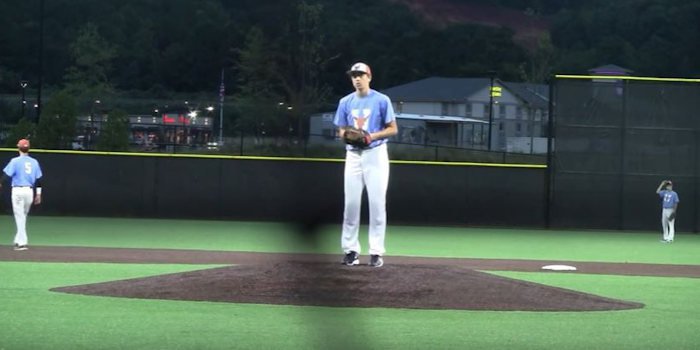 "Very blessed and honored to say that I will be continuing my education and baseball career at Clemson University," Jackson said in a tweet.

Very blessed and honored to say that I will be continuing my education and baseball career at Clemson University #GoTigers pic.twitter.com/EH5TPVllhM

Perfect Game scouting report: "Jackson Lindley is a 2018 RHP/OF with a 6-4 185 lb. frame from Anderson, SC who attends T L Hanna High School. Large frame with a tall, athletic build and room to continue to fill out. Posted a 7.44 time in the 60 yard dash. Primary right handed pitcher, threw from a high three quarter slot with a compact arm action and worked downhill well. Slight crossfire action that created deception and stayed around the zone with a fastball that worked 81-83/85 mph that worked well to right handed hitters. Also mixed in an 11-5 shaped curveball at 69 mph that flashed sharpness. Developing changeup at 73 that showed occasional fade. Also worked out from the outfield, moved well to the ball with good arm strength and showed athleticism. At the plate, curls his hips well into swing with raw bat speed and swing plane. Will improve at the plate with additional strength. Very Good student. Named to Top Prospect List.