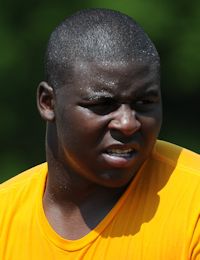 He has narrowed his list to the instate schools: Clemson and South Carolina.

One of the top players in the State of South Carolina for the class of 2014. He is a 4-star recruit by all the major recruiting services. He went to Dabo's Football Camp in June 2011 and was offered on June 1st, 2011.

Most recruiting experts have him going to the Gamecocks.