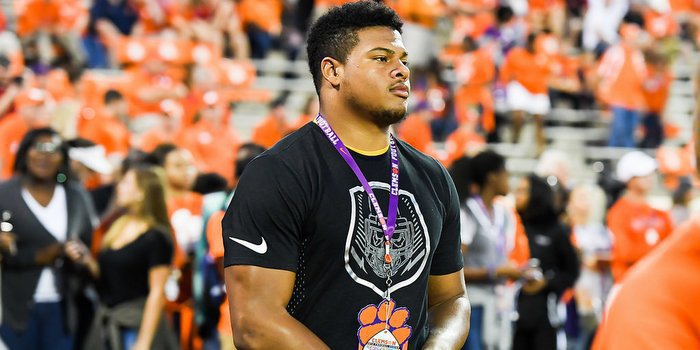 Thomas has been to Clemson several times

5-star 2018 defensive end Xavier Thomas was impressive at the Opening Regional in Orlando, Florida on Sunday as he and 11 other players were invited to Nike's The Opening Finals in Beaverton, Oregon.

Thomas has rivals Clemson and South Carolina in his final two schools in his current recruitment and discussed his outlook on both schools.

“We have the opportunity — I talked to Zamir White, and Trevor [Lawrence], of course Trevor’s already committed there,” Thomas said via sbnation.com about Clemson. “Me and Zamir talked how we could have one of the best classes to ever go there, top three players in the country, [could] have a very special class going there.”

Thomas said that South Carolina was his dream school growing up but it has been in heavy turmoil since former Gamecocks head coach Steve Spurrier abandoned the program midseason.

“I would have been committed, if all that wouldn’t had happened,” Thomas said. “That was my dream school. But they went down in a ditch and Coach Muschamp’s trying to bring it back up, so I’m looking to see what they’re doing.”