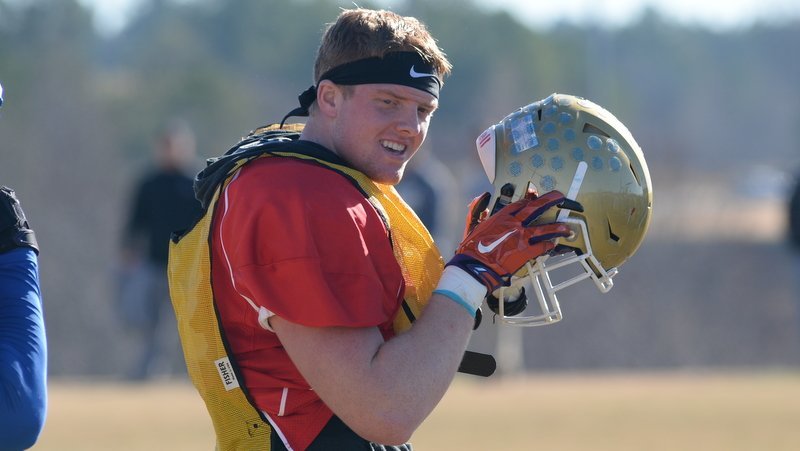 Venables impressed in his senior season on his way to a Shrine Bowl selection.

Brings to Clemson: Venables played a number of positions for Daniel over his four-year run, but bulking up over the last offseason, he settled into a linebacker/defensive end role his senior season, living as a playmaker in the backfield. Not exactly surprising given his upbringing, Venables' instincts and play recognition stands out on film. The Shrine Bowl selection also has plenty of experience in coverage, returning a pick-six 85 yards this past season.

Clemson defensive coordinator Brent Venables said that he is super proud of his son and how he has matured through the process. He joked that his son's football skills came from his mother.

"Jake is a going to fit in well," Venables said. "The group of Clemson linebackers will help bring out the best of him."

Depth chart fit: Being around the program like he has, Venables would have as good a head start as any, but any significant playing time in year one would come with a strong fall camp and maybe an extra NFL departure. He could follow a path similar to Ben Boulware and James Skalski in carving a niche on special teams as a true freshman.

Number to know: 23 - Venables' tackle for loss count over his senior season.

Welcome Jake Venables to the #We2Deep18 class. Been a member of the Clemson Family for several years now! #ALLIN