From The Recruit Scoop: 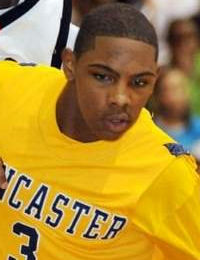 View Full Profile , who worked out in front of Virginia today.

He is regarded as probably the top junior in the state of South Carolina. As a junior, he averaged 26 points, 9 rebounds, 5 assists, and 3 blocks a game. His travel team is Team United.

Thornwell has tremendous upside being a point forward type prospect. He can finish at the rim with either hand. He also has great passing being able to look over defenses because of his height over smaller guards. He is a very versatile player that can play point guard, shooting guard, and small forward.