It looks like you are using an ad-blocker. You may not have realized, but our team is mostly supported by ad revenue. TigerNet has provided free Clemson sports news for over 25 years. Help us keep doing that by turning off your ad blocker or joining our ad-free membership level. Thank you!
Go Ad-Free! Continue browsing TigerNet with your adblocker active with a monthly or annual Orange Level membership.
Allow sponsors to pay for your browsing Disable your adblocker on TigerNet and ads will fund your browsing.
Already an Orange Level member? Please Login | Need help? Contact support
BREAKING
Stay hot Clemson: Clemson picks up huge commitment from No. 1 player in Kansas
Malik Herring - Defensive End
TigerNet: 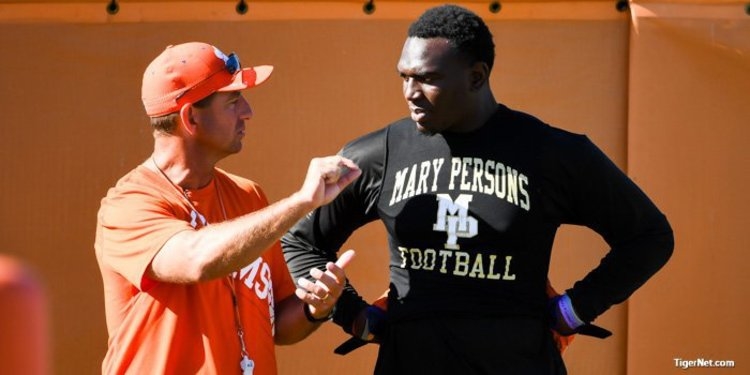 Four-star defensive end Malik Herring tweeted out Monday that Clemson is in his final group of five schools.

In 2015, he had 74 tackles including 21 for loss, seven sacks, four pass deflections, two forced fumbles and a fumble recovery.

He missed a majority of the 2014 season with an ACL tear in his left knee but appears to have fully recovered.