Zach Goodman
RH Pitcher
6-2, 190
Kennesaw, GA
View Full Profile from Kennesaw Mountain(H.S.) has committed to Clemson on Tuesday evening according to his twitter account. Georgia Tech was another school that he was interested in early in the process.

Goodman was named to the Perfect Game Jupiter All-Tourney team back in 2013. He was also named to the National Underclass Main Event top prospect team.

I'm proud to announce that I have officially committed to play baseball at Clemson University!! #GoTigers @ClemsonBaseball @Official_ECB 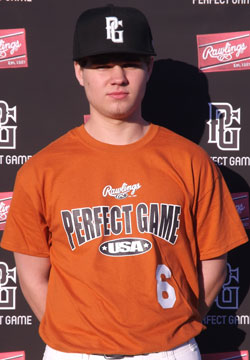