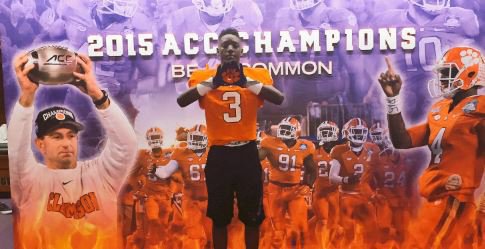 4-star 2018 cornerback Verone McKinley III from Carrollton, TX (Hebron) announced his top group of schools on Friday night according to his Twitter account.

"I am so thankful to God for blessing me with many scholarship opportunities, " McKinley tweeted. "I want to express my since gratitude to all of the schools that have offered me an opportunity to play a sport I love and further my education. As I progress through this unbelievable journey, I have decided to focus my attention on the following schools:

McKinley was offered by Clemson on June 13, 2016 when he took an unofficial visit to the campus.