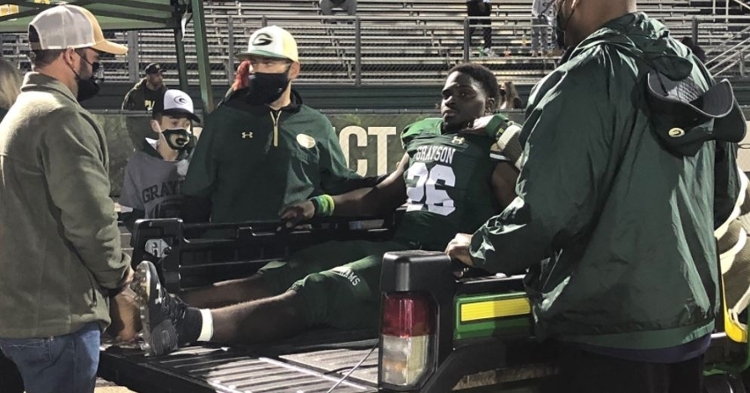 Grayson was impressive in their 43-0 victory at home against Tiff County in their first-round playoff game last night.

The big news to come out of that ballgame however was the injury to Clemson running back commit Phil Mafah.

Mafah was carted off the field with a lower right leg injury late in the second quarter and didn't return to the contest.

“That’s tough, man,” Grayson head coach Adam Carter told the Gwinnett Daily Post. “That’s one of the best kids there is, period. For something like that to happen, it took a toll on our team because of the impact that Phil brings. We’ll figure out ways to find it, but you can’t replace Phil Mafah. We’ll just have to get creative, and some kids will have to step up and do some things for us.”

According to reports, Mafah was using crutches late in the game on the sidelines with an apparent ankle injury.

I tweaked my ankle but I appreciate you Mr. Hubbard. I’d like to ask for everyones prayers though . Thank y’all???? https://t.co/Nsr7ceiBwN